Blog Tour and Giveaway: A Voice within the Flame by Henry O Arnold 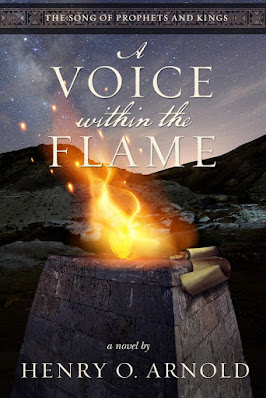 Book:  A Voice within the Flame

A son of the vow…a voice for a nation

For many long years, Hannah prayed for a son; a son finally granted to her only when she promised him back to God. Samuel, son of the vow, grows up in the Tabernacle, his childhood spent in the company of priests and Levites, in service to a God who was always silent. Samuel watches in dismay as the sons of the High Priest flaunt their wicked behavior, yet he knows that Yahweh will eventually have a reckoning. It is not until he hears a Voice call to him from within the flames of the altar that he realizes he has a part to play in this drama.

This young man hears another voice from a maiden who captures his heart, and he begins to dream of a future beyond the confines of the Tabernacle. But when Israel’s enemies threaten to destroy his world, it appears as though everything Samuel ever held dear may come tumbling down around him.

Not even a great prophet, whose words never fall to the ground, can keep Israel from crying out for a king. The Lord calls upon Samuel to guide the nation and her new king through the years of turmoil they must face.

In this tale of triumph and scorn, deepest love and burning rivalries, the new epoch is given a voice…and it is a Song of Prophets and Kings. 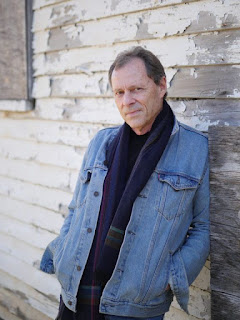 Henry O. Arnold has co-authored a work of fiction, Hometown Favorite, with Bill Barton, and nonfiction, KABUL24, with Ben Pearson. He also co-wrote and produced with Steve Taylor (director) and Ben Pearson the film The Second Chance starring Michael W. Smith, the screenplay for the authorized film documentary on evangelist Billy Graham, God’s Ambassador, and the documentary film KABUL24, based on the book which is the story of western and Afghani hostages held captive by the Taliban for 105 days. He lives on a farm in Tennessee with his lovely wife Kay. They have two beautiful daughters married to two handsome men with three above-average grandchildren. For more information please visit: www.henryoarnold.com

So many people have asked me why I became a writer. I usually respond with a one-word answer: unemployment. I know, not very inspirational or romantic, but it was a reality-based choice. I had (and still am) been a professional actor for about ten years. Received a lot of diplomas affirming my professional choice and gotten a lot of gigs that convinced me that I was employable. Then I hit a dry-spell. The theatre company I had helped to found went belly-up. I also had recently gotten married. So I was feeling the mixture of joy and dejection at the same time. It was then that I chose to begin writing a series of one-man shows on biblical characters. I was able to combine my passion for the theatre and my love of Scripture in one artistic form.

After the golden age of theatre in the Greek and Roman times, the theatre went dark, very dark as in Dark Ages, and for centuries it was thus. But it was the church that brought the theatre back to life by staging passion plays on biblical subjects. Since most people could not read at the time, it was a great way to tell the folks some Bible stories. It was my desire to do the same thing with my one-man shows. The third of my one-man plays was on the character of King David. I wrote it while shooting a film. For an actor in  a film there is a lot of “hurry up and wait.” So I used my “wait” time to write. Within a year I was showcasing the play to some select audiences before I begin to get some regular jobs out of this show and the two others I had previously written.

Then I decided to write what I thought would be a trilogy of the first three kings of Israel. These would be full-length plays for a multiple cast. The first installment was entitled “The Mighty Have Fallen,” and the focus was on King Saul. My father was the head of the theatre department at a university, and he was kind enough to produce and direct the show with his students. It was a success, and after an extensive rewrite, I sent a copy to Academy Award winner, F. Murray Abraham, thinking he would be the perfect King Saul. He wrote a terse and unambiguous response, “Not my cup of tea, but thanks.”

I knew then that my artistic dream might be more of an uphill climb than I had anticipated, and I settled into scheduling the one-man shows around all the other theatre and film work I was doing. But the dream of writing an historical fiction series on the first three kings and the first three major prophets of Israel never left me. I called the series, A Song of Prophets and Kings, and it simmered on the back-burner until about five years ago when I sat down in earnest and began to write a first draft of what has now become A Voice Within the Flame. It was totally liberating to write this first volume in the form of a novel. I did not have to worry about budgets or too many characters or too many big scenes. I could just tell a story.

It took a long to find the right home for this story, but I am excited to welcome into the literary landscape my dream of presenting the first installment of my historical fiction series to all readers who love the drama found in these great biblical stories.

For the Love of Literature, December 16

Through the Fire Blogs, December 17

For Him and My Family, December 21

Because I said so — and other adventures in Parenting, December 29 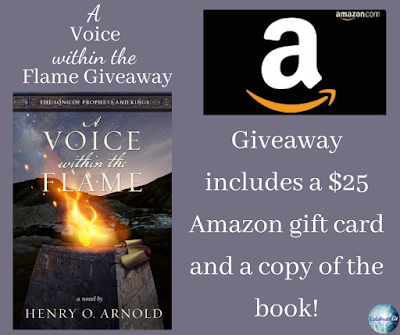 To celebrate his tour, Henry is giving away the grand prize package of a signed copy of the book and a $25 Amazon gift card!!

A Voice within the Flame is the first installment from The Song of Prophets and Kings series. It is, also, the first book I have read by Henry O. Arnold. I thought it was a good introduction for me. I loved how he used vivid details to make me feel as though I was right there with Hannah and Samuel. I enjoyed his vision of how they lived. It was as if I was transported back in time. Such a beautiful story of faith and inspiration.

A Voice within the Flame is getting four and a half stars from me. I look forward to the second addition to The Song of Prophets and Kings series. I am curious as to what happens next. I recommend this one for readers who enjoy clean historical and Biblical fiction.

I received A Voice within the Flame from the publisher. This review is one hundred percent my own honest opinion.