Blog Tour and Giveaway: The Gold Digger by Liz Tolsma 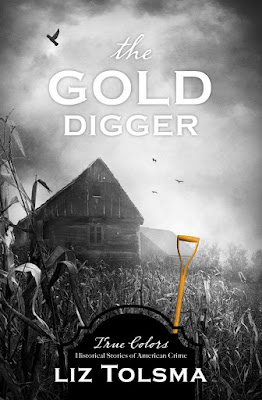 Men Are Disappearing in LaPorte, Indiana

Fiction Based on Strange, But True, History

In 1907, shy but loyal Ingrid Storset travels from Norway to support her grieving sister, Belle Gunness, who owns a farm in LaPorte, Indiana. Well-to-do widow Belle, who has lost two husbands and several children, provides Ingrid with enough money to start a small business. But Ingrid is confused by the string of men Belle claims to be interviewing for her next husband. When Nils Lindherud comes to town looking for his missing brother, who said he was going to marry Belle, Ingrid has a sinking feeling her sister is up to no good. 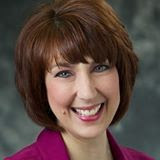 Liz Tolsma is a popular speaker and an editor and the owner of the Write Direction Editing. An almost-native Wisconsinite, she resides in a quiet corner of the state with her husband and is the mother of three. Her son proudly serves as a U.S. Marine. They adopted all of their children internationally, and one has special needs. When she gets a few spare minutes, she enjoys reading, relaxing on the front porch, walking, working in her large perennial garden, and camping with her family. 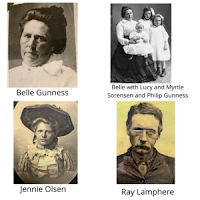 This story was so much fun to write, and the research was so interesting. It has to rank up there with one of my favorite books to write. That’s what makes my job the best around.

There are a great number of characters in The Gold Digger who are historical. Many of the places I mention are also historical. I had the pleasure of spending a day in LaPorte, Indiana, to research the book and take some pictures they had in the museum there. Research is one of my favorite aspects to writing. I could have spent much, much longer losing myself in the museum and in the archives. Good thing my cousin, who I was staying with, called me to let me know that it was getting dark and she had dinner ready, otherwise who knows how long I would have been there. Probably until they kicked me out!

One thing that the people of LaPorte would want you to know is that they really are nice people and that their town is a nice town. Lots of good people have been born there or have lived there over the years, including Supreme Court Chief Justice John Roberts, William Mayo, who founded Mayo Clinic, and William Scholl, who found Dr. Scholl’s. They kept emphasizing to me while I was there what a great place LaPorte is. Judging by their friendliness and helpfulness, I would have to agree. 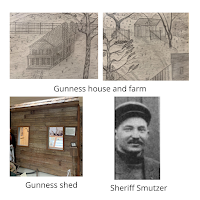 To help you better visualize the characters and setting, here are some photographs of the real people and places that appear in The Gold Digger.

For the Love of Literature, December 20

Writing from the Heart Land, December 25

Through the Fire Blogs, December 26

For Him and My Family, December 26

Little Homeschool on the Prairie, December 30 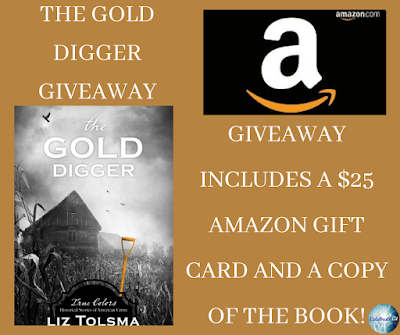 To celebrate her tour, Liz is giving away the grand prize of a $25 Amazon gift card and copy of The Gold Digger!!

The Gold Digger is another great addition to the True Colors series. It is based on true events surrounding the female serial killer Belle Gunness. I was captivated by Ingrid’s story and was often on the edge of my seat wondering how she would deal with her sister, Belle. I enjoyed her interaction with Nils. The two made quite the duo. I thought the whole book was a thrilling ride and one that I could not have predictable. It was not easy to put down and was so very good. I loved it from the first page all the way to the very last one.

The Gold Digger is getting a very well deserved five plus stars from me. I highly recommend it for readers who enjoy reading clean historical suspense. I thought it was great.

I received The Gold Digger from the publisher. This review is one hundred percent my own honest opinion.