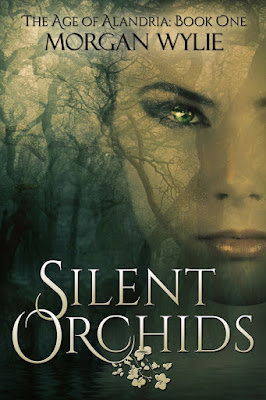 Silent Orchids
(The Age of Alandria #1)
By Morgan Wylie
YA Epic Fantasy
Paperback & ebook, 337 Pages
May 5, 2013 by Red Cabin Publishing
**As of May 1, 2020 Silent Orchids has been updated and upgraded with additional content, new edits, and a map of Alandria!!**

A dying realm.
The ancient evil of the Droch-Shúil has been unleashed.
The Orchids have been silenced… but for how long?
Daegan, elite of the Ferrishyn warrior tribe of Faeries, is charged with a mission to find the Sol-lumieth, a mysterious new power that could change the fate of all in the realm of Alandria. But he is conflicted by his purpose, and he cannot trust the motives of those he serves. He has too many questions and they must be answered.

Kaeleigh, a girl abandoned as a small child just outside Missoula, Montana, is now 18. She is trying to discover who she is and where she belongs. In her heart, she feels she has family out there… somewhere. Desperate to unravel the mysteries of her past, she embarks on a journey that will forever change her along with her two best friends, Finn and Chel—who have secrets of their own.

Daegan heard the whispered voices in unison chanting what he assumed had to be the ancient prophecy he was told about. Over and over again the whispered chants rang in his mind until Daegan, hands clutching his head to keep it from exploding, couldn’t take it anymore and yelled out loud, “Silence!”

The Orchids. They were speaking to him. The words of the prophecy cycled through his head. This time he controlled it. He paid attention to the words, making every effort to make sense of them. Sadness and despair were heavy in the undertones of the voices, but as the chant went on they gained strength... and hope. As Daegan reflected upon what his part could be, for the first time in a long time, he dared to believe... and to hope.

All was silent again in his head, just in time for the whisperings of the wind to carry the last words he heard the Orchids speak, “They are coming for her.”

Instantly, his defenses were up. The hum of electricity skated across his skin; hairs on the back of his neck bristled, a feeling of danger he was accustomed to. This feeling, however, felt... wrong. Daegan jumped down out of the tree from the highest branch with ease. Drawing a knife sheathed at his wrist, he ran up the stairs to Kaeleigh’s apartment and without knocking and flung the door open.

“What the...?” Finn shouted as he grabbed Kaeleigh and shoved her behind him. At the same time Kaeleigh shouted, “Oh my god, Daegan!”

“We don’t have time for pleasantries or explanations. Others have come. I will not let harm come to her,” Daegan said as he strode into the room extending his knife.

Finn turned toward Daegan, keeping himself between Kaeleigh.

Kaeleigh gripped Finn’s arm from where she stood behind him. “Finn, stop this. Daegan has already proven he’s not here to hurt me.” She looked at Daegan. “Daegan, this is Finn.”

Finn, never taking his eyes off of Daegan, said with sarcasm, “You’re going to protect her with that little knife?”

Daegan stared intently at Finn, then with a small smirk he replied, “This knife has been through a lot, but no, not just this...” He slipped out from under his other sleeve a second knife. He twirled them both around effortlessly and fluidly in his hands almost like a choreographed performance. “If those don’t work, I also have this…” From where it must have been sheathed under his jacket at his back, he reverently pulled out a very wickedly dangerous-looking sword with some kind of runes etched into the hilt. Lethal, magnificent, and otherworldly were the only words to describe what was before them.

Finn took in the weaponry, a glint in his eyes, nodding his approval. He pulled out his own knife—which was really more of a short sword—that had been sheathed inconspicuously under his pant leg. Daegan nodded to Finn and took his position on the opposite side of Kaeleigh. Kaeleigh stood in shock, her mouth agape.

“Finn, why on earth have you been hiding a knife like that?” she asked. Kaeleigh didn’t believe she was truly in danger. They are totally overreacting. They have to be.
“And who is ‘coming for me’?” She shot a look at Daegan, but Finn shushed her and pushed her behind him again. For the first time in a very long time, Finn could feel the darkness in others from the other realm. His realm. It had been too long. Drawing his knife out in front of him, Finn stiffened. “They’re here,” he whispered.
Excerpted from Silent Orchids by Morgan Wylie. Copyright © Morgan Wylie. Published by Red Cabin Publishing.
The Age of Alandria Series 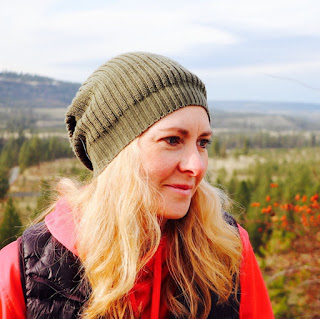 Morgan Wylie is an award-winning and USA Today Bestselling author with several genres published from YA fantasy to adult paranormal romance and other things in between. Morgan published her first novel, Silent Orchids, one year after moving across the country with her family on a journey of new discovery. After an amazing three years in Nashville, TN and the release of two more books, Morgan and her family found their way back to the Northwest where they now reside. Still working everyday with great optimism, Morgan continues to embrace all things: "Mama", wife, teacher, and mediator to the many voices and muses constantly chattering in her head... where it gets pretty loud! She is also the host of The Lotus Bloom Podcast: a podcast for and about creative women.