Blog Tour and Giveaway: The Past Ever Present by Debra Coleman Jeter 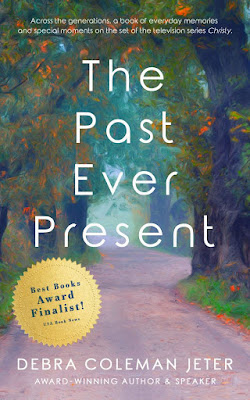 Book: The Past Ever Present

A fly-on-the-wall account of making a television show, and a great examination of country living in the first half of the twentieth century, The Past Ever Present revolves around the relationship between a boy and his grandfather. When Clay is cast as a regular in the TV series Christy, his grandfather Clifton serves as his on-set guardian. The series is set in a poor farm community, which is eerily similar to the one where Clifton grew up. Being on the set of the show provides a dramatic transformation for both, as Clay comes of age and Clifton comes to terms with his past. 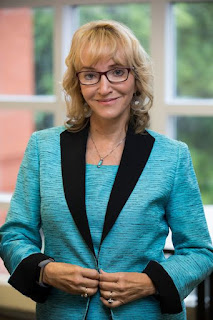 Debra Coleman Jeter has published in popular magazines, including Working Woman, New Woman, Self, Home Life, Savvy, Christian Woman, and American Baby. Her first novel, The Ticket, was a finalist for a Selah Award, and her most recent, Song of Sugar Sands, a finalist for a 2020 Next Generation Indie Book Award. Her short story, “Recovery,” won first prize in a competition sponsored by Christian Woman; and her book The Past Ever Present (originally published as Pshaw, It’s Me Grandson) was a finalist in the USA Book News Awards. She is a co-writer of the screenplay for Jess + Moss, a feature film which premiered at the Sundance Film Festival, screened at nearly forty film festivals around the world, and captured several international awards.

As the mother of Clay Jeter and the daughter of Clifton Coleman, Debra Coleman Jeter is uniquely qualified to tell their story.

I remember the day my son Clay was invited to audition for a television show called Christy. I did not make the connection, though I had read Christy years earlier. Then he was invited for a call-back in Townsend, Tennessee. It was there we first realized Kellie Martin (star of Life Goes On) had been cast as Christy; she was there that day, and Clay recognized her. Then I had a chance to read a section of the script, and I recognized the story, to my delight.

If you haven’t read Christy, you should. It is simply wonderful. If you love it, or if you are interested in true tales about child actors (my son Clay), or about growing up during the Great Depression (my dad Cliff Coleman), I hope you’ll love The Past Ever Present. The book was a finalist in the USA Book News Awards.

Clay is cast as a regular in the series Christy, filmed in the hills of eastern Tennessee, at the age of nine. Much of the usual struggle for recognition and approval associated with the Hollywood industry finds its way to this isolated mountain community.  Because both Clay’s parents are working full time, his grandfather Clifton serves as Clay’s guardian. The television series being filmed is set in a poor farm community, much like the one where Clifton grew up. The show brings back memories for Clifton and, while Clay is working, he watches and remembers. The book highlights parallels between Clay’s antics and Clifton’s memories of his own, in addition to the parallels between the characters and their adventures in Christy and those in Clifton’s past.

For Him and My Family, December 12

Because I said so — and other adventures in Parenting, December 18 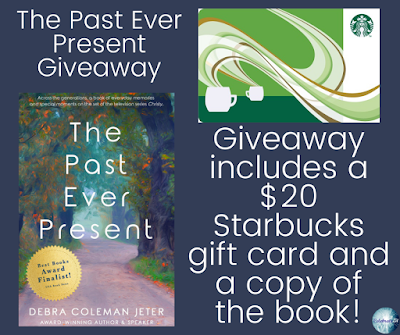 I found The Past Ever Present to be wonderful book. I enjoyed the grandfather taking his grandson (and readers) back in time to the early 1900s to the Great Depression of the 1930s. I found it interesting to read first hand accounts of what it was like to live in those days. I found it was so important to listen very carefully to those who are older than us. There are so valuable lessons to learn every time and this is no different.

I am giving The Past Ever Present a very well deserved. I thought it was a great read and one not to be missed. I highly highly recommend it for other readers. I would love to read more like this one by Debra Coleman Jeter in the future.

I received The Past Ever Present from the publisher. This review is one hundred percent my own honest opinion.