Fantasy & Sci-Fi For Christmas and Giveaway: Breakaway by Michelle Diener 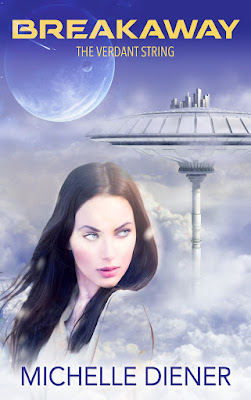 Breakaway
(The Verdant String #1)
By Michelle Diener
Sci-Fi Romance, Space Opera
Paperback & ebook, 282 Pages
October 8, 2018 by Eclipse
The planets of the Verdant String, the green, fecund sources of life spanning five solar systems, comprise the Verdant String Coalition. This is the setting for a new science fiction romance series from award-winning science fiction romance novelist Michelle Diener. While the people of the Verdant String know they have a common ancestor, a group of explorers who colonised the planets at the same time a thousand or more years ago, the mysteries of who they were, and where they came from, persist.
Dee had been fighting one war, only to find herself caught up in another . . .

When circumstances leave Dee stranded on the Breakaway planet of Lassa, she has to choose--take the easy way out, or stand and fight an enemy much like the one she left behind on her home world of Garmen.

For Sebastian, leading the Lassian resistance has come at a heavy price. Forced to gamble the last of his resources on a risky ploy to get some leverage over the Core Companies that run Lassa, he stares defeat in the face when it fails. There's no backup plan left. Nothing more to work with. And all around him, people are starving, and it looks as if the Cores have entered a deal with a hostile alien force, to enrich themselves even more.

But Dee inspires him. Even though it's his fault she's on Lassa to begin with, her courage and steady calm are the assets he needs, and unbeknownst to both of them, she has with her the key to bringing the Cores to their knees.

Sofie didn't pretend that wasn't part of what attracted her to him in the first place. She was all for sticking it to the Core Corporations. All for it with bells on.

And it didn't hurt that she’d really liked the look of him since they’d met.

There'd been a little catch in her heart, a little hitch in her breath. A trembling, like fear or excitement. She'd never been affected like that before.

And it didn't hurt that he'd been interested right back.

Well, generally men all seemed interested, all did a little chasing, but she wasn't into hooking up with some guy in an Upper Reaches bar.

That wasn't in her plan. She’d just been there to eavesdrop on loose-lipped Cores employees.

Leo Gaudier was the first one she hadn't actively run from too fast for him to catch her.

She'd run a little, but it was more out of habit.

He'd been just tenacious enough, but not obnoxious with it.

If she'd said no, it would have been no.

No matter how fast he made her heart beat, she'd never have taken the next step with him if it had been any other way.

Now she sat watching him on their third dinner out together with almost embarrassing stars in her eyes, even though the dangerous stuff he was into had just reared its head and interrupted their evening.

Because it was part of the package, and she'd already acknowledged she liked everything she saw when it came to Leo, she didn't show so much as a flicker of displeasure when his comm sounded and he'd stood and excused himself from the table.

It wasn't as if she was all that unencumbered herself. He just didn't know it yet.

They were halfway through an excellent dinner at the best restaurant on Felicitos, the ground-tethered way station on the planet Garmen, otherwise known as Breakaway 1.

The views were spectacular.

From where she sat, up against the window, Sofie could see the curve of Garmen below, the blue of the ocean glimmering far in the distance as the last of the evening light touched it.

Higher up, in the levels of Felicitos that edged out beyond Garmen's atmosphere, it was harder to see the details of the green, blue and rose planet.
Excerpted from Breakaway by Michelle Diener. Copyright © Michelle Diener. Published by Eclipse.
Other Books in the Series 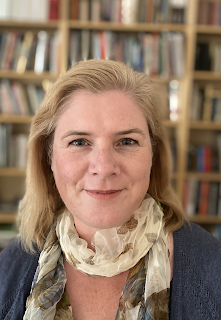 Michelle Diener is the bestselling, award-winning author of historical fiction, fantasy and science fiction. Her Class 5 science fiction romance series has won multiple awards, and her novel SKY RAIDERS won the RT Reviewers' Choice Award for Best Futuristic Romance. Michelle was born in London and currently lives in Australia with her husband and children.