Review Tour and Giveaway: A Lightness in My Soul by Annette Oppenlander

A Lightness in My Soul 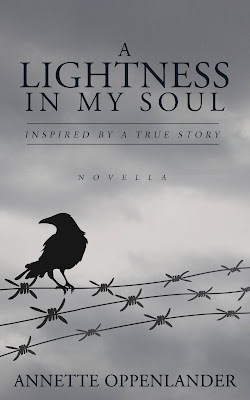 Inspired by the incredible true story of a German teen taken prisoner at the end of WWII, determined to survive and to reunite with his mother - A Lightness in My Soul is a tribute to the triumph of hope and redemption against all odds.

Germany, October 2019: In a car repair shop an elderly man waits next to a woman. They begin to talk about the Great War, when he was just a teen. He tells her a story, one he has never shared—his own.

Bavaria, April 1945: For the last two years, fifteen-year old Arthur and his classmates have lived in a youth camp. Far from home and allied bombs they spend their days with lessons, hikes, play fights and helping local farmers harvest ever decreasing crops. They have been told that the war will be over soon and that they’ll return home to a victorious Germany.

When the U.S. Army marches into camp, they are arrested and taken to the just liberated Dachau concentration camp. Everything they ever believed turns out to be false. They were lied to… not only has Germany lost the war, what they find is monstrous. But being a prisoner is only the beginning of their ordeal…

The Hitler Youth ran the camp, and even Herr Wagner had to follow their orders. He was pretty strict, a tall, skinny guy with a stern mouth, his hair short and stubbly with graying temples. He’d look at you with those deep-set eyes and you’d shut up. But the camp leader, a fellow named Steinmann, outdid him by far. He didn’t even have to look to get his point across. When he showed up we all hushed, including our teacher.

How he did it, I don’t know. He wasn’t even particularly tall; in fact, most of us towered over him. But that didn’t seem to stop him from doling out punishment when he saw fit. And that was daily. His favorite was marching and standing at salute for hours at a time.

Half of Steinmann’s face was burned, leaving a pockmarked, scarred landscape that was rumored to be a war wound he’d suffered in one of the early battles in Poland. It made his face lopsided, having obliterated his right brow altogether. They say our eyes are windows into the soul, and that was the first time I believed it: Steinmann’s eyes were a metallic gray, cold and distant, and a little bit dead. 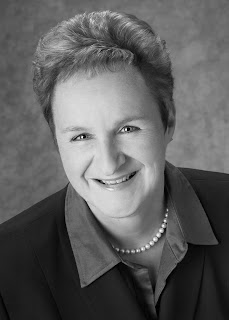 Oppenlander shares her knowledge through writing workshops at colleges, libraries, festivals and schools. She also offers vivid presentations and author visits. The mother of fraternal twins and a son, she recently returned to her home, Solingen, Germany where she lives with her husband.

Annette Oppenlander will be awarding a $20 Amazon or Barnes and Noble GC to a randomly drawn winner via rafflecopter during the tour.

My Review
A Lightness in My Soul is a great read. I love that it is based on a true story. It was interesting hearing a different aspect of the effects of the second world war. I was captivated with it from page one. I had no problem having it read in one sitting. It is so so good.
A Lightness in My Soul will be getting a very well deserved five plus stars. I highly recommend it for readers who enjoy reading historical fiction and those based on real events.
I received A Lightness in My Soul from the publisher. This review is one hundred percent my own honest opinion.