Blog Tour and Giveaway: Capsized by Death by Catherine Finger 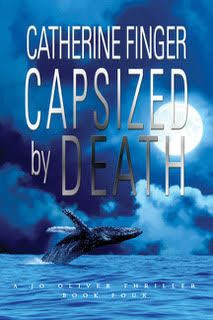 
As Police Chief Jo Oliver prepares for her dream wedding in Maui, she and her team must keep a serial killer with ties to her past from derailing her plans for the future. 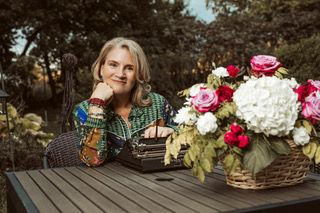 Catherine Finger loves to dream, write, and tell stories. Retired from a wonderful career in public education, she celebrates the ability to choose how to spend her time in a new way during the second half of life. So far, she chooses to write books, ride horses, serve others, and generally find her way into and out of trouble both on the road and at home.  She lives in the Midwest with a warm and wonderful combination of family and friends.
Capsized by Death, the fourth novel in her Jo Oliver Thriller series, will be released by Elk Lake Publishing in December, 2019. Anchored by Death, the third novel in her Jo Oliver Thriller series, received the Bronze Medal for the 2018 Independent Publisher Book Awards, was a finalist for the National Indie Excellence Awards, and  Her second Jo Oliver Thriller, Shattered by Death, was a finalist in the International Book Awards and the National Indie Excellence Awards. Catherine and her novels have been featured on radio stations, blogs, and in numerous articles—all posted at www.CatherineFinger.com.
Catherine loves to interact with her readers at www.CatherineFinger.com Follow her on Facebook at Catherine Finger, Author, and on Twitter at CatherineFinger@BeJoOliver.

In writing my Jo Oliver Thriller series, I find myself driven by passion. The genesis of the series—Cleansed By Death—was fueled by a passion to create a story about strong women embedded in a male-dominated profession, facing difficulties they could only solve through faith and community. I was vacuuming when I was hit by the idea of pitting two strong women against each other and seeing which one would win, the theme of book 2, Shattered by Death. Information gleaned during an FBI writers workshop on techniques for tracking criminals, superimposed over the mitten map of Wisconsin formed the bones for Anchored By Death, the third book in the series.
My latest novel, Capsized By Death, contains all of my favorite elements. The astute series reader will note that the foundation for the killer’s appearance in this book was introduced years ago in Cleansed By Death. But he first appeared to me during one of my many solo writing vacations on an island.
At the end of a fairytale day spent kayaking, snorkeling and listening to the sound of whales singing under water in Maui, the gorgeous male host of my day trip stood silhouetted in the setting sun. This man was beautiful in every way, and had the sort of personality that describes the essence of attractive—he pulled you into his beautiful ocean world. At that moment, I knew I had found my perfect killer for my next book! It became my goal to create a killer who was beautiful on the outside and evil on the inside. I used the New Testament book of Jude as my guide for the internal workings of my killer and thus the skeletal framework for Jude, my killer in Capsized By Death—book 4 of the Jo Oliver Thriller series—was born. 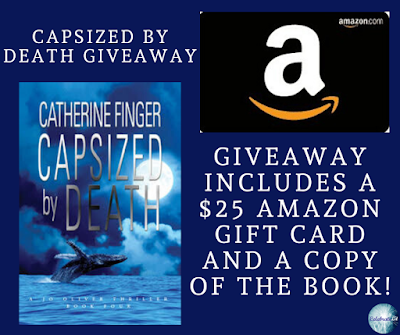 To celebrate her tour, Catherine is giving away the grand prize package of a copy of the book and an Amazon gift certificate for $25!!
Be sure to comment on the blog stops for nine extra entries into the giveaway! Click the link below to enter.
https://promosimple.com/ps/f7e7/capsized-by-death-celebration-tour-giveaway

Capsized by Death is the fourth installment from A Jo Oliver Thriller series. It is my first introduction to books written by Catherine Finger and it definitely will not be the last. Since I have not read any of her previous books and this one is part of a series, I believe it can be read as a stand alone. I did not feel as though I was lost or missing anything by not reading those.

Capsized by Death is a great read that is full of mystery and suspense. I enjoyed the adventure, danger and action. I liked getting to know Jo Oliver. She was a fun character.

I am giving Capsized by Death four and a half stars. I would love to go back and read the other books from A Jo Oliver Thriller series.