I am thrilled to be hosting a spot on the BEN BRAVER SERIES by Marcus Emerson Blog Tour hosted by Rockstar Book Tours. Check out my post and make sure to enter the giveaway! 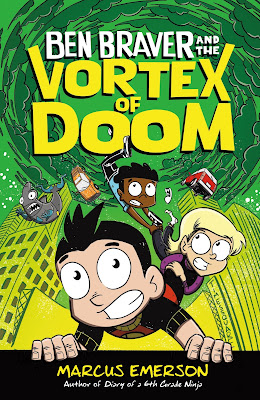 An ordinary kid like Ben Braver is no match for a band of super villains, but he may be humanity's only hope in Marcus Emerson's Ben Braver and the Vortex of Doom.

When the baddest of bad guys threatens the world with a giant black hole, Ben Braver is the only one who can stop it. Ready or not, he's about to learn what it really means to be a hero.

The Ben Braver series is “a crazy fun ride--action packed and loaded with laughs!” says Max Brallier, author of the New York Times–bestselling series The Last Kids on Earth. 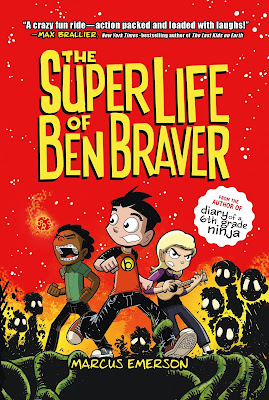 THE SUPER LIFE OF BEN BRAVER 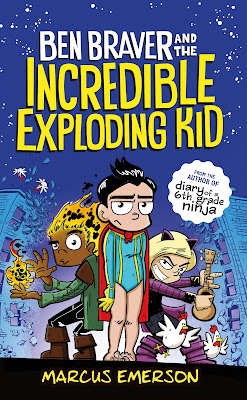 The Super Life of Ben Braver is the first installment from Marcus Emerson’s Ben Braver series. My kids were super excited when I received this in the mail. We quickly picked it up and read it and finished it in no time. It was fun spending time with them and laughing together reading this book. We thoroughly enjoyed it and look forward to book two of the series, Ben Braver and the Incredible Exploding Kid. We recommend this one and give it five stars.

Ben Braver and the Incredible Exploding Kid, book two from the Ben Braver series, was just as good as the first installment. Since it is part of a series, I highly recommend for readers to read the books in order. It was fun catching up with Ben to see where he ends up in this one. I love the illustrations to accompany the story. It was full of adventure, action and entertainment. I look forward to reading the third addition to the series, Ben Braver and the Vortex of Doom.

Marcus Emerson does it again in the third installment from his Ben Braver series, Ben Braver and the Vortex of Doom. I have enjoyed the previous books of the series and I think this is my favorite of the three. I found it to be so much funnier and much more entertaining if that is possible. Ben sure does have a lot to learn. I am giving this book a very well deserved five stars. I highly recommend it, especially for readers who are around the ages 7 – 10. My children who are 8 and 10 loved it!

I received all three of these books from the publisher. These reviews are 100% my own honest opinion. 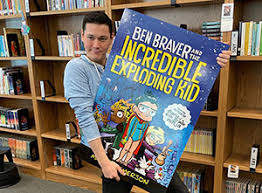 Marcus Emerson is the author of the hit Diary of a 6th Grade Ninja series and the Secret Agent 6th Grader series. His career started in 2nd grade when he discovered Garfield. He grew up playing Super Mario Bros. 4, watching Thundercats, and reading comics like X-Men, Superman, and Wildcats. He lives in Eldridge, Iowa with his wife and children.
Website | Twitter | Instagram | Facebook | Goodreads

Giveaway Details:
Three lucky winners will receive finished copies of The BEN BRAVER SERIES, US Only.

Week Two:
Posted by Amybooksy at 1:00 AM