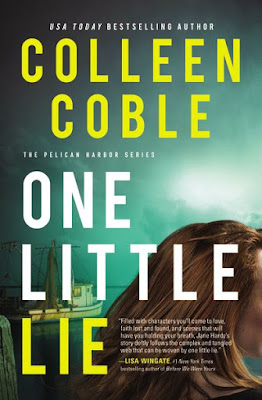 It started with one little lie. But Jane Hardy will do everything in her power to uncover the truth in this gripping new romantic suspense.

Jane Hardy is appointed interim sheriff in Pelican Harbor, Alabama, after her father retires, but there’s no time for an adjustment period. When her father is arrested for theft and then implicated in a recent murder, Jane quickly realizes she’s facing someone out to destroy the only family she has.
After escaping with her father from a cult fifteen years ago, Jane has searched relentlessly for her mother—who refused to leave—ever since. Could someone from that horrible past have found them?
Reid Bechtol is well-known for his documentaries, and his latest project involves covering Jane’s career. Jane has little interest in the attention, but the committee who appointed her loves the idea of the publicity.

Jane finds herself depending on Reid’s calm manner as he follows her around filming, and they begin working together to clear her father. But Reid has his own secrets from the past, and the gulf between them may be impossible to cross—especially once her father’s lie catches up with him. 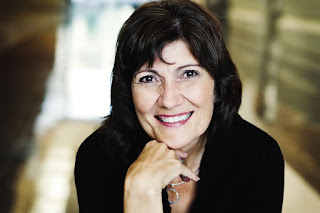 Best-selling author Colleen Coble’s novels have won or finaled in awards ranging from the Best Books of Indiana, the ACFW Carol Award, the Romance Writers of America RITA, the Holt Medallion, the Daphne du Maurier, National Readers’ Choice, and the Booksellers Best. She has over 2 million books in print and writes romantic mysteries because she loves to see justice prevail. Colleen is CEO of American Christian Fiction Writers. She lives with her husband Dave in Indiana. You can visit her website at http://colleencoble.com.


Through the Fire Blogs, March 12


For the Love of Literature, March 19


Because I said so – and other adventures in Parenting, March 19


Spoken from the Heart, March 22


To Everything There is a Season, March 23

Lights in a Dark World, March 23

I love Colleen Coble’s writing and I was by far from being disappointed with newest release, One Little Lie. It begins her new series, Pelican Harbor. Readers are introduced to the town of Pelican Harbor, Alabama. Jane is the sheriff and finds that she has to find out why her father is charged with murder. She has to find out if he is guilty or why someone is wanting to falsely accuse him.

I thoroughly enjoyed One Little Lie. It was full of suspense that had my consistently holding on to my seat to find out what would possibly happen next. I had to keep turning the pages to find out how it would end. I had it read in one sitting. It is that good.

I am giving One Little Lie five plus stars. It is among my favorite books I have read by Miss Coble to date. I highly recommend it for readers who enjoy clean, romantic suspense.