I am thrilled to be hosting a spot on the LEGENDS OF LOST CAUSES SERIES by Brad McLelland & Louis Sylvester Blog Tour hosted by Rockstar Book Tours. Check out my post and make sure to enter the giveaway! 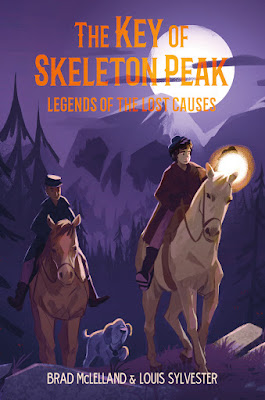 Dark magic meets the Old West in this third installment of the Legends of the Lost Causes, as a group of vigilante orphans go head-to-head against an outlaw sorcerer in pursuit of an ancient and powerful magical artifact!

Keech Blackwood and his fellow Lost Causes have won their share of battles, but the war against the ruthless sorcerer Reverend Rose still rages on.

This time, the Lost Causes face their most perilous trial yet: stopping Rose and his henchmen from retrieving an ancient, powerful object that would help return him to his full, frightening strength. As the vigilante orphans race to the dangerous depths of Skeleton Peak, the sight of the magical object, they’ll have to outmaneuver Rose’s most faithful—and menacing—ally: an inhuman creature spawned by darkness and shadow. But ever in pursuit of justice and vengeance for their fallen families, the Lost Causes won’t give up without a fight. 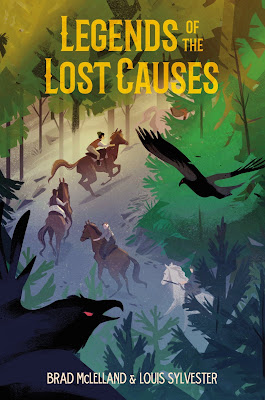 LEGENDS OF THE LOST CAUSES 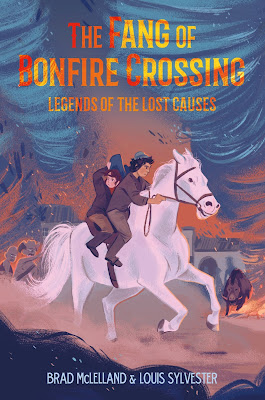 THE FANG OF BONFIRE CROSSING

Book two from the Legends of the Lost Causes series, The Fang of Bonfire Crossing, continues the wild west adventures of Keech. I enjoyed the first book and enjoyed this one even more. I love Keech and enjoy what he learns and admire his courage throughout the book. It was great to keep turning the pages to find where he would end up.
The Fang of Bonfire Crossing gets four and a half stars from me. On to the last book of the series.

The Key of Skeleton Peak, the third and final installment from McLelland’s and Sylvester’s series, Legends of the Lost Causes, is by far my favorite from this series. I am sad to say goodbye to Keech and his friends.
I give The Key of Skeleton Peak a very well deserved five plus stars. I highly recommend this book, as well as, the rest of the series. I think they should not be missed. It is great for younger readers and I am happy to pass my copies on to my children’s school library.

I received these books from the publisher. My reviews are 100% my own honest opinion. 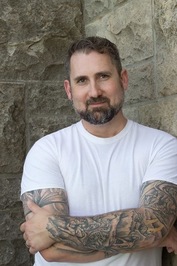 Born and raised in Arkansas, Brad McLelland spent several years working as a crime journalist in the South before earning his MFA in creative writing from Oklahoma State University. A part-time drummer and singer, Brad lives in Oklahoma with his wife, stepdaughter, a mini-Aussie who gives hugs, and a chubby cat who begs for ham.
Website | Twitter | Instagram | Facebook | Goodreads

About Louis:
Louis Sylvester is a professor at Lewis-Clark State College in Lewiston, Idaho. He teaches courses on Creative Writing, Research Writing, Introduction to Film, Screenwriting, and The Ethics of Art and Censorship.

Together with his wife, he enjoys playing tabletop games from his collection of over 1,000 board and card games.

His two dogs are named Cake and Muse. They are the best.

His writing partner is the talented author Brad McLelland. Their first novel is titled LEGENDS OF THE LOST CAUSES.
Macmillan Website | Goodreads

Giveaway Details:
Three lucky winners will receive finished copies of the LEGENDS OF LOST CAUSES SERIES, US Only.