Blog Tour and Giveaway: Her Rebel Heart by Sharlene MacLaren 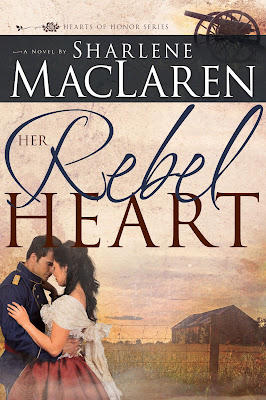 Cristina Stiles is left to fend for herself and her two young children while her husband goes off to fight in the Confederate army. She also has to deal with two rogue Yankee soldiers who’ve beaten her, stolen her food, and keep coming back to cause more trouble.

Jack Fuller is a God-fearing Christian fighting for the Union. During a surprise encounter, he shoots and kills a Rebel soldier. In his final breaths, the Rebel asks Jack to deliver a letter to his wife—and he agrees. But when he arrives at Cristina’s small farm in West Virginia, she assumes Jack is one of the Yankee trouble-makers, trains her rifle on him, and fires. As he lies on the ground bleeding, he explains the purpose of his visit, and out of a sense of obligation, she decides to nurse him back to health.

What will happen when Cristina discovers Jack is the one who made her a widow? Will her rebel heart forgive him—or finish him off? 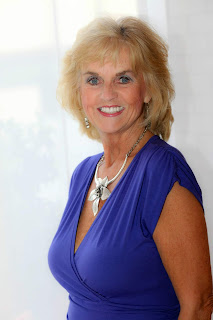 Born and raised in west Michigan, Sharlene MacLaren attended Spring Arbor University. Upon graduating with an education degree in 1971, she taught second grade for two years, then accepted an invitation to travel internationally for a year with a singing ensemble. After traveling for a year, she returned to her teaching job, then in 1975, she reunited with her childhood sweetheart, and they married that very December. They have raised two lovely daughters, both of whom are now happily married and enjoying their own families. Retired in 2003 after thirty-one years of teaching, Shar loves to read, sing, travel, and spend time with her family—in particular, her adorable grandchildren!
Shar has always enjoyed writing, and her high school classmates eagerly read and passed around her short stories. In the early 2000s, Shar felt God’s call upon her heart to take her writing pleasures a step further, so in 2006, she signed a contract with Whitaker House for her first faith-based novel, Through Every Storm, thereby launching her professional writing career. With more than twenty published novels now gracing store shelves and being sold online, Shar gives God all the glory.
Shar’s novels have won numerous awards. Most recently, Their Daring Hearts was named a 2018 Top Pick by Romantic Times and her last book, A Love to Behold, was voted “Book of the Year” in 2019 by Interviews & Reviews.
Shar has done numerous countrywide book signings and has participated in several interviews on television and radio. She loves to speak for community organizations, libraries, church groups, and women’s conferences. In her church, she is active in women’s ministries, regularly facilitating Bible studies and other events. Shar and her husband, Cecil, live in Spring Lake, Michigan, with their beautiful white collie, Peyton.

Dark-haired, independent, and tough to the bone, Christina cares for her two young children in a ramshackle cabin in Ripley, West Virginia. When the Yankee who killed her husband pays her a visit, she has to decide whether to forgive him—or finish him off. Will this tough Southern woman find grace in her rebel heart?


For the Love of Literature, March 11 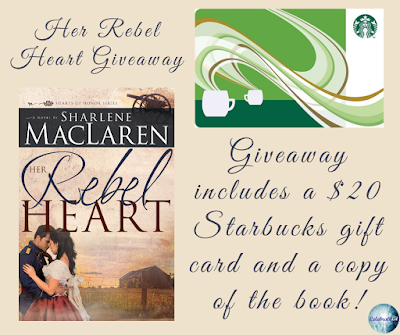 To celebrate her tour, Sharlene is giving away the grand prize package of a $20 Starbucks gift card and a finished copy of the book!!
Be sure to comment on the blog stops for nine extra entries into the giveaway! Click the link below to enter.
https://promosimple.com/ps/f6fc/her-rebel-heart-celebration-tour-giveaway

I love Sharlene MacLaren and her books. I jumped at the opportunity to read and review her first installment from her Hearts of Honor series, Her Rebel Heart. I was by far disappointed with this story. It is probably my favorite I have read by her to date.

Her Rebel Heart introduces readers to Cristina who trying to keep it together with her children at home while her husband is serving in the Confederate army. She finds herself having to deal with two terrible Yankee soldiers who has abused her and stolen from her. She wounds up shooting another, Jake, who was not there to cause her harm but to give her message from her dying husband. Cristina and Jake are drawn to one another as she nurses him back to health. I thought it was sweet how protective they became of one another. I was curious as to how Jake’s secret was going to affect Cristina.

I would love to give Her Rebel Heart one hundred stars if I could. I highly recommend it for readers who love a sweet historical set during the US Civil War.