I am thrilled to be hosting a spot on the THE GHOSTS OF SARATOGA by David R. Ossont & David Dampf Blog Tour hosted by Rockstar Book Tours. Check out my post and make sure to enter the giveaway! 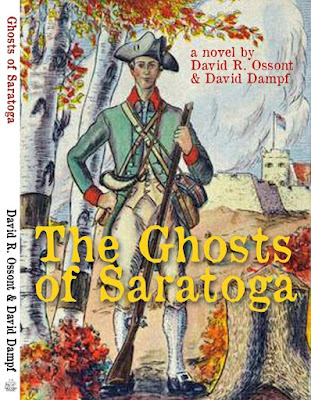 In 1777, seventeen-year-old Roland McCaffrey joins the American Revolution. He is part of the army trying to stop the invasion force of British general John Burgoyne. Fighting alongside his sergeant and mentor, Roland becomes a skilled rifleman. He feels guilty for killing but plays an important role in the American strategy. At the Battles of Saratoga, Roland engages in combat under Benedict Arnold.

Even though it is mostly for younger readers, I still enjoyed The Ghosts of Saratoga. I thought the authors did a great job bringing to life a few known officers from the American Revolution. I enjoyed the characters of Roland and Caleb and seeing how they cope during this time in their lives.

I am giving The Ghosts of Saratoga four and a half stars. I was happy to pass my copy on to my children’s school library to let others enjoy it, as well.

I received this book from the publisher. This review is 100%  my own honest opinion. 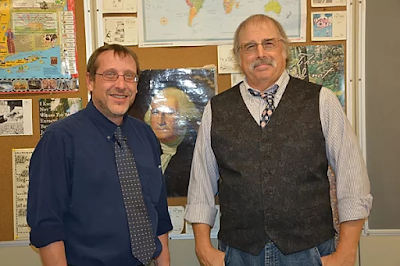 David R. Ossont has worked as a musician, a Fish and Wildlife Technician and for nearly three decades taught science to seventh and eighth graders. He received his college education from several colleges of the State University of New York. He has two children, Kyle and Hayley and lives with his wife Pam in upstate New York, not far from where the events of Ghosts of Saratoga take place.
​
David Dampf has been a middle school social studies teacher for the past 28 years.  He has a Bachelor’s degree from SUNY Potsdam with a major in history and secondary education and a Master’s degree in reading from SUNY Cortland.  Since he believes that understanding history is essential to being an educated, thoughtful adult, he has spent his life telling stories that make history come alive.  He lives in Oneida, New York, with his family.

Giveaway Details:
One winner will receive a $10 Amazon GC, International.