Blog Tour and Giveaway: The Traveler by EB Dawson 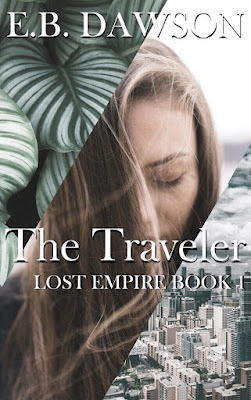 WHAT IF YOU COULD TRAVEL TO ANOTHER WORLD IN YOUR DREAMS?

In the modern nation-state of Riyen, few people dream anymore, and those who do are prescribed medication. But when Anissa Robson begins to dream of a strange jungle after the death of her mother, she neglects to report it. Feeling lost and alone in the waking world, she embraces her new dream world, until reality begins to cross over.

When Anissa stumbles upon evidence that her own government has known about Angapo for years, she uncovers a conspiracy that will change her life forever. 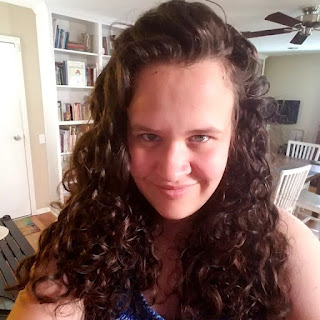 E.B. Dawson was born out of time. Raised in the remote regions of a developing nation, traveling to America was as good as traveling thirty years into the future. Now she writes science fiction and fantasy to make sense of her unusual perspectives on life. Her stories acknowledge darkness, but empower and encourage people to keep on fighting, no matter how difficult their circumstances may be. She currently lives in Idaho with her family and her cat Maximus.

G.K. Chesterton once wrote that “The whole object of travel is not to set foot on foreign land; it is at last to set foot on one’s own country as a foreign land.” I rather suspect that Aslan would have agreed. In fact, he says something very similar when he explains to the Pevensies why he brought them to Narnia in the first place. It is also why I wrote The Traveler. The vivid, broken, beautiful, dangerous world of this book is completely of my own creation, and yet you will pick up the clear echoes of the world you know, and my hope is that it will allow you to see it with new eyes.

Born in a developing nation to expatriate parents, I traveled a lot as a kid. There really is no way to describe what it is like to grow up between two vastly different countries and multiple cultures. By the time I was seven I was more familiar with the concepts and consequences of political coups, religious persecution, colonization, regional famine, and ethnic discrimination than I was with Sesame Street or Winnie the Pooh.

I grew up surrounded by dozens of Non-Governmental Organizations like humanitarian groups and mission organizations, and military troops from multiple nations. This is probably why almost all my books have a political element that examines the relationships between parties with opposing interests. But my chief interest is and always will be exploring the impact an individual can have when surrounded by (and sometimes at the mercy of) forces beyond their control.

In The Traveler (and its two sequels) I invite you on a journey to examine the relationships between nations, individuals, and cultures. This series is truly about adventure and the spirit and wonder of traveling to new lands and how it can impact your perspectives and priorities. Sprinkle in some fantasy and advanced technology and you have the recipe for a transportive, emotionally rich, thought provoking story unlike any you’ve read before. I hope you enjoy reading it as much as I enjoyed writing it. And I hope it makes you look at the world around you with fresh perspective.

For Him and My Family, December 14

Because I said so — and other adventures in Parenting, December 18

Little Homeschool on the Prairie, December 23 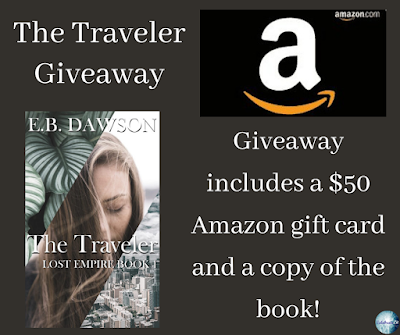 To celebrate her tour, E.B. is giving away the grand prize package of a $50 Amazon gift card and a paperback copy of the book!!

The Traveler is the first start to E B Dawson’s Lost Empire series. It is, also, my first introduction to this author’s books. I would be interested in reading more by them in the future. This is not go to genre but this one really held my attention from the beginning. I enjoyed Anissa’s story. It had adventure and action. It was not one that I could easily predict, making me guess as to what was going to happen next. It was great.

I am giving The Traveler four and a half stars. I recommend it for readers who enjoy reading clean fantasy fiction. I look forward to see where E B Dawson’s imagination take their fans to in the next installment from the Lost Empire series, The Citizen.

I received a paperback copy of The Traveler from the publisher, but was not required to write a positive review. This review is one hundred percent my own honest opinion.