Blog Tour and Giveaway: A Reason for Living by Julian Jingles 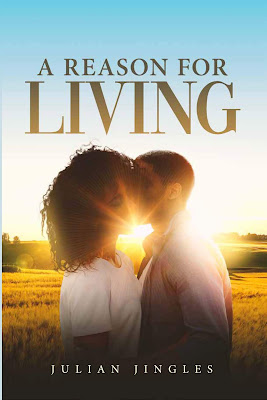 Book Title:  A Reason for Living by Julian Jingles
Category:  Adult Fiction (18 +),  372 pages
Genre:  Historical Fiction
Publisher:  URLink Print & Media
Release date:  November, 2019
Content Rating:  R: There are explicit sex scenes, violence, bad language.
"Julian Jingles was a teenager living in Kingston, Jamaica during the 1960s when he started writing a book he eventually titled A Reason For Living. Drawing from eye-witness incidents he experienced living in the hub of the Caribbean’s most progressive nation, the ambitious youth documented his island’s social, political and economic frailties and masked his observations by penning a fictitious novel which spotlights the Rastafarian movement, the Black power and Civil Rights movements in the USA and corruption on the tiny island," writes Caribbean Life about Julian Jingle's novel A Reason for Living.

It is the mid-1960s in Kingston, Jamaica, and the country is steeped in social, political, and economic inequities. Howard Baxter, the heir to a real estate empire, has no interest in seeking or managing wealth. Painting and deflowering Jamaican maidens are his passions. As he combs the streets looking for greater meaning in his pathetic life, it soon becomes apparent that Howard’s journey will not be easy. Bernaldo Lloyd, a member of the Baxter clan, is a medical student who is sensitive to the hopelessness of the Jamaican masses. Inspired by his close friend and Howard’s cousin, Ras Robin Pone, and their ties with the Rastafari movement that calls for social and economic equity, Bernaldo is determined to overthrow the corrupt government. As Howard, Bernaldo and Robin become influenced by The American Black Power and Civil Rights movements demanding equal rights for African Americans, the women in their lives both love and criticize them. But when revolution breaks out, Howard finally discovers a purpose for his twisted life that leads him in a direction he never anticipated. In this tale of love, passion, and self-discovery, three Jamaican men become caught up in a 1960s revolution that reveals injustices, oppression, and a purpose for one of them. 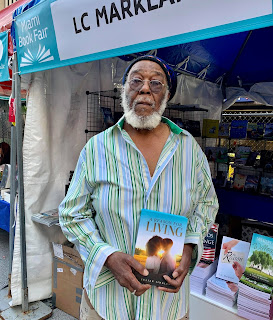 Meet the Author:
Raymond Arthur Julian Reynolds aka Julian Jingles, is a writer, filmmaker, and entrepreneur and operates in New York, USA, and Jamaica, W.I. He began his writing career in 1966 at 16 years old, writing A Reason For Living about a family caught up in a revolution in Jamaica in the mid-1960s. It was written in three drafts and completed in 1968.

He pursued a career in journalism at the Gleaner Company in Kingston, Jamaica writing extensively on the Jamaican music industry, cultural, and social issues. At age 22 he was a columnist writing Merry Go Round, and In the Saddle for the Gleaner, and Record Shop for the Star. He has published several articles, short stories, and essays in Swing, and Cooyah, magazines, the Abeng, and Public Opinion newspapers, in Jamaica.

He immigrated to the United States in 1972 to write two screenplays, “Half Breed,” and “One Way Out.” In New York he has written for the New York Amsterdam News, the Jamaica Weekly Gleaner (NA), Everybody’s magazine, JET, the Daily Challenge, the New York Daily News, the Carib News, and as a foreign correspondent for the Gleaner in Jamaica. He developed an interest in film and television production, and received training in script writing, film, theater, and television directing and production, with the National Academy of Television Arts and Sciences, and wrote and produced three documentary films, “Jamaican Gun Court” (1974), “It All Started With The Drums” (1987), and “Jammin' In Jamaica--With The Mystic Revelation of Rastafari” (1996), and directed the latter two. He has also worked as production manager on several music videos with performers such as Kool & the Gang, the Manhattans, and Steel Pulse.

Between 1998 to 2018 he contributed frequently to the In Focus section of the Jamaica Sunday Gleaner, writing on socio-economic and cultural issues. He has been an entrepreneur as he pursues his literary career, involved in business consultancy with the National Minority Business Council in New York, and the importing, exporting and distribution of agro-products between Jamaica and the United States, and have produced several music concerts, and stage plays in New York, and Kingston.

He was married in 1972 to Charmaine Jasmine, who is deceased. He has three children, 11 grandchildren, and one great grand, and continues living in New York, and Jamaica.


My career as a writer begun in 1966 at age 16, the same year I graduated from Kingston College, a prominent boys high school in Kingston, Jamaica. I read a lot as a child beginning about age 6, reading the Jamaican evening paper, The Star, and was an avid comic book collector. I was also very observant, and a movie buff from age nine. This molded me into a story teller, both retelling what I read and saw, and making up my own stories.


From I started elementary, now primary, school in the mid-1950s, I was the one who organized play time at break and lunch. Making up the stories, mostly cowboys and Indians, and selecting who to play which character. It was when I was about 14 and in high school, that one of my English teachers commended me before the class after I wrote an assignment doing adaptations of “The 39 Steps” and “The Four Just Men.” By age 15 I knew I had a novel in me and informed my parents that I was going to be a writer and needed a typewriter. Looking back it was very amazing that my working class parents, without any hesitation took me to select a typewriter that they purchased on “hire purchase.” One year later I began work on my manuscript, A Reason For Living.


I was initially drawn to writing fiction, and it was upon getting a short story published in The Star and went to the editor of the Gleaner Company that owned both the morning paper, The Gleaner and the evening paper, trying to submit anther story for publication, that he asked what were my plans? I told him that I was writing a novel. He told me that I cannot make a living s a writer in Jamaica at age 16, and invited me to apply for work as a journalist with the company. A few months later I had my first job, as a trainee journalist, at age 17.


My mission as a journalist was to seek out truth and facts and report such to the readers, with objectivity. Jamaica was a young independent nation and seeking its path in the world. I took my own path in the journey, focusing on Jamaicans who were establishing their leadership identities in their professional undertakings. I began writing feature articles on outstanding people in young Jamaica. One area that they were excelling in was music, and between 1967 to 1972, I produced many articles on the great talent making Jamaican popular music, namely reggae music, the genre that was to make an indelible mark on world popular music culture. I am credited to be the first journalist to write feature articles on Clement “Coxsone” Dodd, the legendary producer and owner of world renown Studio One Records, and Bob Marley and the Wailers, the phenoms of Jamaican reggae music, that captured world attention.