12 Days of Fantasy for Christmas and Giveaway: Heart of Red, Blood of Blue by Rebecca Belliston 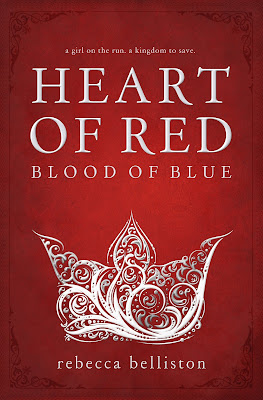 A girl on the run. A kingdom to save.

Princess Gisela of Steinland was born without color. Albino. To add to this curse, her betrothal to Prince Jerrik of Kronga ends in his death and starts a ten year war her father is determined to win, even if it means bringing her out of hiding to do it. Now the savage Krongon war commander, Bloodless Kristoff, seeks the hearts of the entire royal family, especially Gisela's.

Desperate, her father agrees to another alliance that involves her marrying an old brute of a king. Unwilling to be the sacrificial lamb, Gisela goes on the run. Thrown into the center of a battle between three kingdoms, she finds herself fighting for her life and the right to be truly loved.

Can the girl who started the war find a way to end it?

I cannot remember screaming or anything beyond the way young Jerrik fell to his knees, staring down at the dark spot staining the blue satin deep purple.

How I wish I could forget the blood.

Or the way Jerrik looked up at me, so betrayed. As if I had killed him. As if we had attacked first.

I know now that the betrothal ceremony had been a ruse, a trap to lure us to Kronga under the guise of peace. But Jerrik had not anticipated his father’s treachery any more than we had. Had my own father not reacted so quickly, I would not be alive today.

But what I cannot fathom is that King Frederik had attacked us in a church before the altar of God—at the betrothal of children, no less. What savagery! What wicked cruelty of the northern king. But not his son. Just because Jerrik had snubbed me did not make him a barbarian like his father. After all, what boy wants to be aligned with a stupidly grinning girl from enemy lands? To this day, I hold Prince Jerrik blameless. Not that it matters. The innocent often fall with the guilty.

My last memory is watching Prince Jerrik of Kronga tumble face-first onto the stone cathedral floor, light hair spilling around him.

They tell me the Red guards whisked me away.

They tell me I was the first out of the cathedral.

Did I kick? Did I scream as they carried me to safety? I cannot even remember the long journey home.

It took a week before I knew my father had survived, and three months for his injuries to heal. By then, he had shipped me away into hiding, and we were in a full-scale war.

For ten long years, Queen Celicia has fought to finish the war her husband started.

For ten years, she has hunted me.

And her son did not. 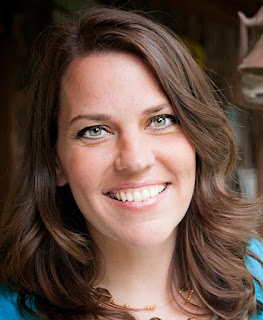 Rebecca Belliston loves books and music. Even more, she loves to write both. As an author, she writes clean romances with heart-pounding suspense. She also composes religious and classical-style piano and vocal music. When she’s not writing, she loves to play tennis, doodle with graphic design, or cuddle up with a good book—usually not at the same time. She and her husband have five children and live in the beautiful state of Michigan, which she loves for eight months of the year (she’s a baby about cold weather).