Sweet Romance for Christmas and Giveaway: Love Like Forever by DE Malone 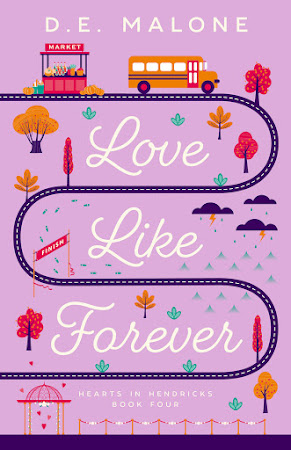 Stealing Her Heart Was Not In His Job Description

Romance is the last thing on Carmen Navarro’s mind. Up to her neck in student debt, she needs a teaching job, and she needs one fast. As if that wasn’t stressful enough, she’s also overseeing her parents’ renovation project—which would be easier if the carpenter on the job had a little more work ethic and a lot less swagger. She has no time for his flirty banter and affable charm. So why can’t she get him out of her head?

Matt Stetman is a catch. Everyone in Hendricks knows he’d give the shirt off his back to help a friend in need. He’s been told a time or two that he’s pretty delightful to be around too. But for some reason, the enigmatic Carmen seems immune to his charms.

Just as Matt begins to make headway—with the project and with Carmen—a secret from his past threatens to ruin everything. Can Carmen find the courage to trust Matt and take a shot at love? Or is the foundation of their relationship now broken beyond repair?

Sean tipped his chin, looking over Matt’s shoulder. “The woman walking up the driveway.”

Matt turned to look, but the sun had moved slightly and the glare on the hood blinded him. He squeezed his eyes shut, rubbed them, but still saw spots as he tried to focus on the figure coming toward them. Shoes hit the pavement in clipped measure and then stopped. Meanwhile, he couldn’t make out anything but a vague outline of this person with hands planted on her hips.

“Hi, Sean. I didn’t expect to see you here. Do you know who’s in charge here?” The voice was decidedly feminine, but it was also demanding, no-nonsense.

“That would be him,” Sean said, clapping Matt on the back.

There was a hint of humor in Sean’s voice. Thanks, bro. Throw me to the shark lady.

He wiped more tears from his burning eyes, hoping for some relief. “Except I can’t see at the moment,” he mumbled.

“You don’t need to see to give me an update. Also, a timeline for finishing would be appreciated too.”

Gradually, his vision cleared enough for Carmen Navarro to come into view.

If her eyes weren’t narrowed to slits and a frown hadn’t turned the corners of her generous lips downward, Matt would say she was the prettiest female he’d seen in a long time. There was a messy knot of black hair squeezed into a rubber band at the nape of her neck like she’d run out of time or patience. His eyes betrayed him again and he looked down to press his fingers against his eyelids. He noted her shoes while he did, since they’d announced her arrival so clearly. Those expensive strappy things that everyone seemed to be wearing. Turquoise toenails too.

Matt blinked, tears watering his cheeks. Despite the temporary handicap, he grinned. And he wasn’t blind enough to notice her checking out his current state of shirtlessness.

“I’m waiting,” she said, looking the other way when he caught her.

Oh, she wasn’t fooling anyone. 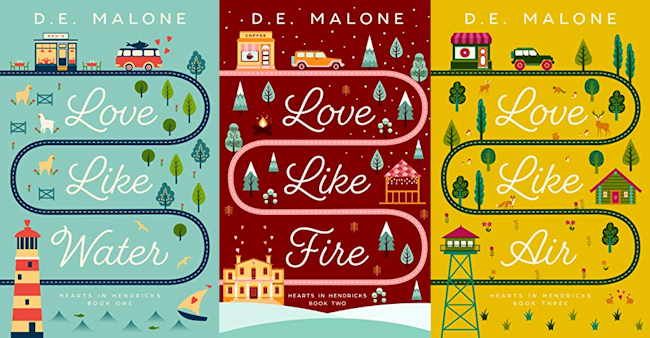 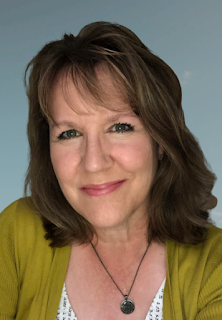 D.E. Malone writes sweet contemporary romance and is the author of the Hearts in Hendricks series. She also writes for middle grade audiences under Dawn Malone, and is the author of BINGO SUMMER and THE UPSIDE OF DOWN. Her work has also appeared in Highlights for Children, Pockets, and the Chicken Soup for the Soul series. She loves traveling to places off the beaten path which inspire the small-town settings in her stories. When she's not writing, she enjoys reading, hiking, volunteering with shelter dogs, and continuing her never-ending quest for the holy grail of bakeries.