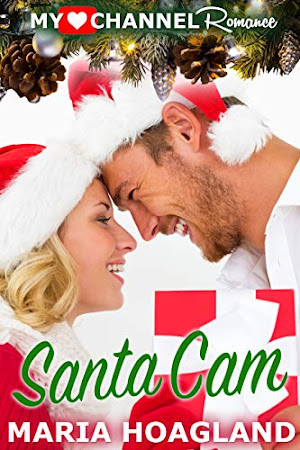 ♥♥ The one behind the camera could be his best match yet. ♥♥

All professional soccer player Camden Sharpe wants for Christmas is to get home to Cobble Creek, Wyoming, for snow and family time. But when a brawl video surfaces online, Cam is forced to stay in Texas to clean up the public relations mess if he ever wants to get off the fans’ Naughty List. His manager-imposed community service lands Camden in a Santa suit surrounded by little kids with long lists of demands, but his attention is on his pretty elf assistant. He’s sure he’s seen her somewhere before, and he’s not convinced it was all that good.

Talia Thomas hopes Santa doesn’t recognize her. A lot of things in her life have changed since they butted heads a while back—including the trajectory of her career—and he has no idea he was the one who changed everything. Once a network reporter, Talia now runs MyHeartChannel Talia’s Truth Cam, but views are falling, advertisers are disappearing, and Talia’s excitement for her stories has frozen over. She’s tired of depressing news and shattered hearts, but it’s her job to tell the truth.

As Talia and Cam set out on a mission to convince the other the see the good in the world around them, they soon discover that only looking for the good sometimes means missing the truth that was right in front of them. Can Camden and Talia ever trust each other enough to move on from the mistakes of their past?

♥ If you love Hallmark channel Christmas movies, this full-length sweet romance novel will brighten your day any time of year! Always clean and wholesome, Maria Hoagland's books can be read as standalone, but often have character cameos from other books. Don't miss any of her uplifting collections of hears, homes, and happily ever afters! ♥♥

Pulling back the curtain, he watched thick flakes swirl through the light of the streetlamp in front of his house. At least a couple of inches had accumulated—not bad for a place where he hadn’t expected to ever see snow. He itched to go out in it, but it wouldn’t be fun alone.

He found the number in his contacts and called, hoping Talia had her phone on do not disturb if it was too late for him to be calling. She answered on the second ring.

“Are you afraid of the little storm, Cam?” she crooned before he could say hello.

Point for her. Her spunkiness was exactly why he liked spending time with her. “Do you have an early morning?”

He ignored her question. “How adventurous are you feeling?”

“Why?” This time she asked with more suspicion. While she didn’t exactly answer, at least this time she sounded a little more eager.

“Put on your snow boots and parka. I’m coming over.” He was going to make an order, but decided he ought not to leave it there. “Okay?”

The unspoken sentiment was that she was worried about him driving and getting in an accident. He’d grown up driving in this kind of weather. “That’s the whole point. And why I suggested boots and a coat.” If that was her only objection, he wasn’t going to let that keep him from coming. “I’ll see you in a few.”

Getting out the door took more work than he’d planned. First, Cam had to dig through a few boxes to locate the appropriate winter attire. While looking, he ran back and forth to the stove, throwing together a thermos-ful of his mom’s hot chocolate. As long as he didn’t scald it while scrounging for matching gloves, it would be a nice addition to the evening he had planned.

Dressed in normal winter clothes but with a Santa cap on his head, Cam knocked on Talia’s door just before midnight. She opened to him, pulling on her knit cap and stepping outside.

She rushed to the balcony railing and put gloved hands in the puff of accumulated precipitation to look over it. “It’s so beauti—”

He didn’t let her finish her statement before he blasted her in the back with a snowball he’d had behind his back. It exploded like a bombshell, the white of the snow stark against her black coat, and she laughed, scooping snow from the railing for a retaliatory snowball. She wound up and let loose, and the ball hit him square in the chest, tiny ice shards ricocheting onto his face.

“I was going to thank you for driving over here in this.” Her tone teasingly insinuated she no longer felt that way. She scooted farther down the landing, capturing more snow but never taking her eyes off Camden. “But I know why you came now.”

“Is that right?” He tossed a handful of snow in her general direction, but it didn’t go higher than their waists and then floated like pixie dust onto her boots.

They sparred down three flights of stairs, and only once did he need to reach out to keep her from slipping down several steps. They made their way across the first-floor walkway, tossing half-formed snowballs at each other and trying to keep quiet so they wouldn’t wake anyone in the apartments. When they made it into the open lawn, however, she slammed him with a good one at the base of his neck, and snow fell down the back of his coat.

“Just for that . . .” He lunged at her, grabbing her around the waist and swinging her around. If there’d been more than the inch or two, he would have dragged her to the ground, but as it was, everywhere they scraped snow away left soggy mud.

She strained against him for half a second, but when he loosened his grasp, she grabbed him around the arms, pinning them to his sides, and jostled him back and forth as he had her. Her mischievous smile was inches from his, and without thinking, he leaned forward until her lips were under his.

He hadn’t actually planned this, had not come with this intent in mind, but there she was, laughing and happy and oh so beautiful in the moonlight. 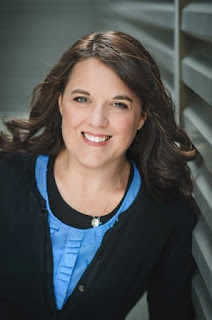 Maria Hoagland writes about hearts, homes, and happily ever afters. Known for her fun and flirty sweet romance and women's fiction, Maria's novels make great book club choices. She's published over a dozen books including two Whitney Award finalists, and has no plans to stop writing any time soon. She is a member of the Storymakers Guild and Indie Author Hub, and is currently serving as the Chair for the Storymakers board of directors.