Sweet Romance for Christmas and Giveaway: The Suite Life by Brooke StJames 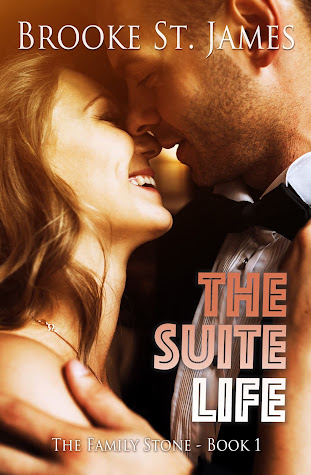 I was completely exhausted when I first laid eyes on him. I had been traveling, and for the last twenty-four hours, sleep had evaded me. I knew I looked terrible, and I was relatively sure I didn't smell so great, either. It was not the most ideal moment to make a first impression. On a normal day, I wouldn't be so torn up about it, but today was different. This was the day I met Taylor.

He was a gentleman in every way. I was instantly taken aback by his vintage look and charm. It was almost like he had stepped out of the past. I would only be in Boston for two days before traveling again, and I was determined to get a second chance at a first impression.

People always asked me how it was being Alec Stone's daughter, but the truth was, I didn't have anything to compare it to. I had grown up with my dad being in the spotlight. I didn't know anything else.

My parents divorced when I was three-years-old, and my mom moved to Ventura to be closer to her parents. She took me and my older sisters with her. Dad stayed in Los Angeles. Ventura wasn't all that far, and we still saw him on a regular basis, but we flew under the radar and had a relatively normal childhood considering the fact that we were Alec Stone's daughters. I was the youngest by four years, and I had always been Dad's sidekick—traveling with him more often than my sisters did. I was now in my mid-twenties, and I still made a habit of going with him when I could.

"Is your dad playing a show?" Josh asked drawing me from my thoughts. "I forgot to ask him when I saw him yesterday. I haven't seen any billboards or anything. He did say you were only staying a few days."

I shook my head. "He's not doing a show—unless you count singing the anthem."

"The anthem? At the football game?"

I nodded. It was something Dad had done before, so Josh didn't seem that surprised.

"Are you tired from your trip?" he asked.

"I'm sooo exhausted," I said. "I can't sleep on planes. I'm gonna climb into that bed as soon as I get upstairs. I'm gonna fall asleep and not wake up for like ten hours—maybe twelve."

We were standing near the side of the elevator when I said that. The door had opened as we were speaking, but I didn't pay attention to the people who were getting off. I just stood close to Josh and kept my head down, staring at the tile floors and waiting for them to clear the way. A pair of leather oxfords came into my line of vision.

"I'm sorry, but I couldn't help but hear you," a voice said.

It was a guy's voice—no doubt the same guy who belonged to the shoes. He was talking to me, but I hesitated to acknowledge him. I was devastated with exhaustion, and I was almost certain that he recognized me and just wanted to make conversation because he was a fan of my father's.

"I know Josh is taking great care of you, but I couldn’t help but hear you say you were going to try to sleep when you got to your room."

I glanced at him, and he gave me an easy smile.

"I'd be happy to get you a white noise machine," he said. "We don't have them in all of the rooms, but it always helps me rest if I have a little fan or something in the background."

I stared at him, barely even taking in the words he was saying. I was relatively sure he was offering me some kind of sleeping device, but I could not concentrate on the words that were coming out of his mouth. I didn't know if it was the exhaustion or the fact that he looked like he did.

He was not what I expected at all. He was an all-American slice of heaven—a leading man, someone you'd see on the cover of a romance novel. He had a square jaw and chin with features that were either chiseled or rounded in all the right places. He had light eyes and dark hair that was carefully combed away from his face with just enough hair product. He was clean shaven, but I could see faint patches of dark facial hair on his jaw. He was perfect and polished. The care and time he had taken on his own appearance made him seem reminiscent of times past—a day in age when men took time to get dressed and shined their shoes. He was so comforting to look at that I felt like I knew him—or at the very least like we had met before. 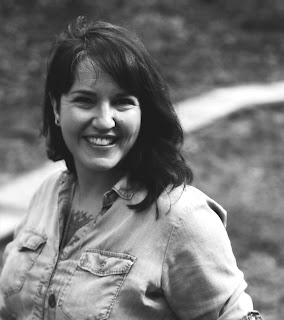 Brooke St. James is the bestselling author of contemporary romance novels with Christian and inspirational themes and happy endings. She was born and raised in south Louisiana but has had the opportunity to travel and live throughout the U.S. An avid reader, writer, audio book addict, and fan of all things artistic, Brooke constantly has her hands in some creative activity. She's currently back home in Louisiana enjoying life with her husband, children, and extremely lazy Basset Hounds.