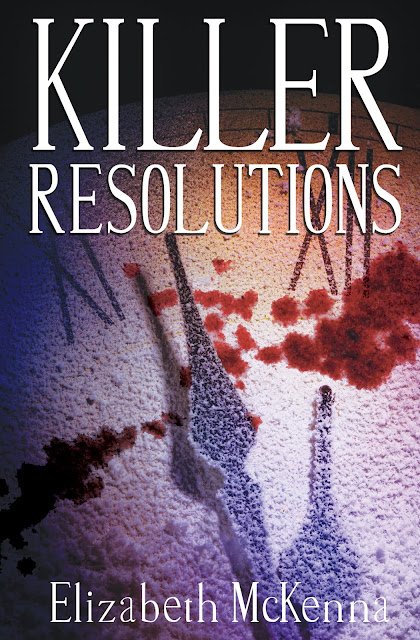 
Book Details:
Book Title:  Killer Resolutions by Elizabeth McKenna
Category:  Adult Fiction (18 +),  174 (excluding bonus materials, which should not be reviewed)
Genre:  Mystery - Suspense
Publisher:  Elizabeth McKenna
Release date:   October, 2019
Tour dates: Dec 2 to Dec 13, 2019
Content Rating: R: There is profanity, including 12 F-bombs. There are numerous murders, though nothing is described in over-the-top gore. There are sexual conversations between characters and kissing as well as an off-page love scene.

Book Description:
For fans of Agatha Christie’s And Then There Were None . . .

In a remote lodge in northern Wisconsin, friends gather for a festive, New Year’s Eve weekend. When a blizzard traps them with a murderer, who will be left to kiss at midnight?

Five years ago, a tragedy shattered the friendship between Dani, her older brother, and their college pals. When her brother invites the old gang for a weekend of outdoor winter fun at a remote lodge, she sees it as a chance to reconnect and heal. But when her friends are murdered one-by-one, Dani must determine whom she can trust before she becomes the next victim. 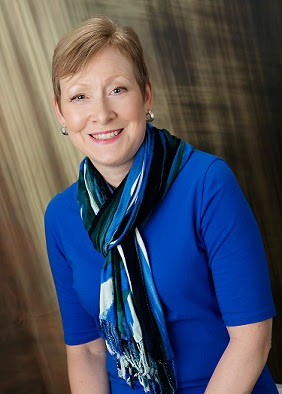 Meet the author:
Elizabeth McKenna’s love of books reaches back to her childhood, where her tastes ranged from Nancy Drew and the Hardy Boys to Stephen King’s horror stories. She had never read a romance novel until one Christmas when her sister gave her the latest bestseller by Nora Roberts. She was hooked from page one (actually, she admits it was the first love scene). Her novels reflect her mercurial temperament and include historical romances, contemporary romances, cozy mysteries, and dark mysteries. With some being “clean” and some being “naughty,” she has a book for your every mood. Elizabeth lives in Wisconsin with her understanding husband, two beautiful daughters, and a sassy Labrador. When she isn’t writing, working, or being a mom, she’s sleeping.

How long have you been writing? I started writing my first book, Cera’s Place, in 2008, but I didn’t publish it until 2011. It took a bit of time to write due to working full time and being a mom to young kids. Killer Resolutions is my fifth book. I’ve written three romances and two mysteries.
Where do you get inspiration for your stories? Killer Resolutions was inspired by the 2015 version of And Then There Were None. I love mysteries, I love Agatha Christie, and I love Aidan Turner (Poldark) shirtless and in a towel. (If you’ve seen this version, then you understand that last line.) I was watching the movie during a time when I didn’t think I would ever write another story again. Suddenly, I had my inspiration for my next book. I was going to reimagine And Then There Were None but set the story in a remote lodge in northern Wisconsin on New Year’s Eve. Obviously, my plot doesn’t follow Agatha Christie’s plot, but there’s a killer, the characters are trapped, and they are dying one by one.
What advice would you give budding writers? Get honest feedback on your writing, use a professional editor, and find beta readers before you publish a story. You can’t successfully edit/evaluate your writing. You need unbiased input. And once you publish, it’s out there forever, so you want to put out the best that you can.
Favorite travel spot? Anywhere in Europe. I love the architecture and history of the various countries.
Favorite dessert? Well, I’m gluten free and not by choice, which has taken all of the fun out of sweets. Previously, I would have said a mud pie from a certain bakery in the town I grew up in. Now, I will have to say Crème Brûlée. I actually daydream about desserts – like what sweet I would eat if I were to breakdown and eat gluten.

Killer Resolutions is another exciting suspense filled mystery by Elizabeth McKenna. She takes readers on a thrilling ride with this book. Dani and her friends find themselves in the state of Wisconsin at a secluded lodge for a New Year’s celebration. The festivities soon turn sour and things quickly go downhill when a blizzard strands them in the lodge. Suddenly, Dani’s friends are being killed. She panics who do not know who the killer is or she can turn to. Will she be able to trust anyone? Will she find out who is the murderer before she becomes a victim herself?

I thought Killer Resolutions was a pretty good book. I did not find it to be predictable and was surprised who the killer was in the end. There is quite a bit of twists and turns that left my head spinning. I never knew what was going to happen next. There were a few scenes that I had a hard time following, but was quickly able to catch on and keep turning the pages. It is not a long book, so I had no problem reading in a just a few hours – hours well spent.

I give Killer Resolutions four and a half stars. I would love to read more like this one by Elizabeth McKenna in the future. She is gifted mystery writer and want to see where else her imagination will take her readers to next. I believe many mystery fans will want to pick this one up.