We hope you enjoyed getting a glimpse into these sweet contemporary romance books and grabbed some for yourself or as gifts for other romance lovers! If you missed any of the stops, you can see snippets, as well as the link to each full post, below. And don't forget to enter the fantastic giveaway... 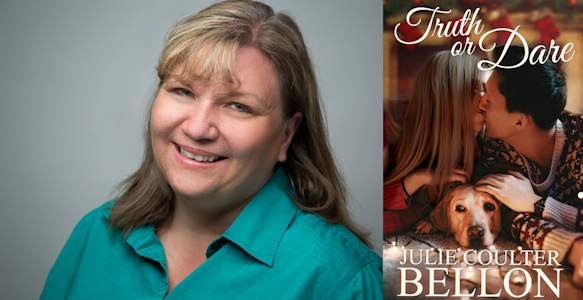 
Being here brought back so many warm memories for her, like sunshine chasing away all her shadows. The reality was, though some things seemed the same, their lives were very different than what they had been. She needed to keep that in mind.

Kami ran a hand through her damp hair and suppressed another shiver. She caught chills easily; that hadn’t changed. Back in the day, no matter what season it was, Jonah would be hot and she’d always be cold. He usually had his arm around her to warm her up, though. That was one thing she wished hadn’t changed, even if it was just for tonight. 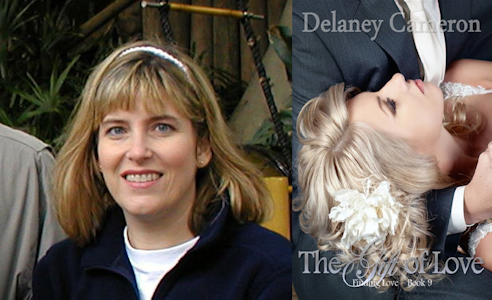 
The salad course had just been served when Leah became aware of movement behind her. She turned her head to see what was going on and nearly dropped the dinner roll she’d been in the act of buttering. Under her astonished gaze, Dr. Levy sat down in the empty seat beside her.

After thanking the waitress for a menu and asking for coffee, he turned to Leah and smiled. “Hello, again. If I wasn’t so sure you don’t like me, I’d begin to think you’re following me.”

This provocative greeting broke the spell she’d fallen under. “I was here first, so the person doing the following is you.” 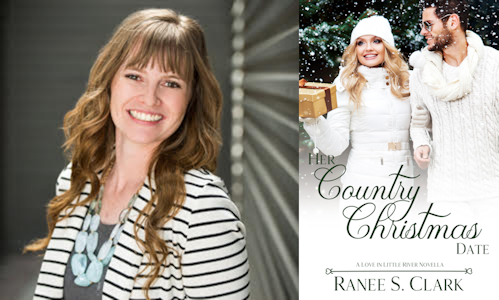 
She laughed. The way her laughter sometimes escaped her, like it was a surprise, tickled his insides with more warmth. It could be zero degrees out here, and he could stand next to her and not feel it. He glanced back at the window, catching a few people watching them, and shifted into the darkness on the other side of the fire. He glanced around them.

“What is it?” she asked in a whisper.

He looked down at her, turning so that he faced her, blocking them both from anyone determined to find them. “Looking for mistletoe,” he teased. 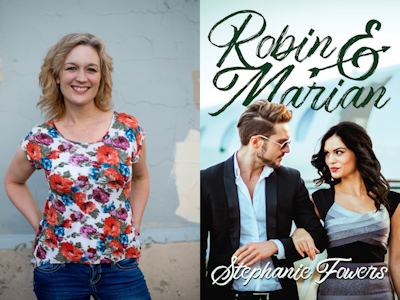 
The door ripped open and she came face to face with Robin. Same laughing eyes, same devilish look under hawk-like brows. His dirty-brown hair had curled up in a stylish mess. He’d come straight from her memories—though older and more dashing, like he’d stepped through the glossy covers of those gossip magazines she despised. He was tall and strong, with broad shoulders and an athletic build—a modern day Robin Hood in black t-shirt and faded jeans. And she hated it!

His almond-shaped eyes turned appreciative when he saw her. “Are you new?” 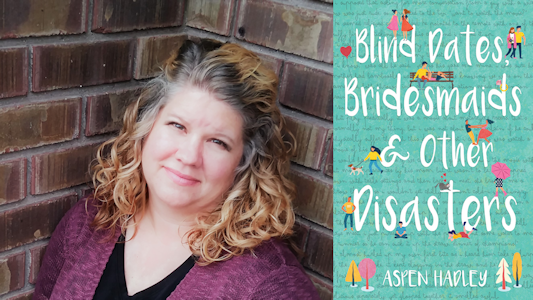 
As the starting time (for the 10k race) arrived, (my blind date) Mitch announced that he wanted to be at the front of the crowd. I followed him with heavy feet. How was I supposed to look all athletic and charming while moving my body in a way it wasn’t familiar with? Not to mention my lungs. My poor lungs were about to have the fight of their life.

I was saved having to overthink it by the sound of a gunshot. My first thought was to duck, but others around me took off running, and I managed to keep from embarrassing myself thanks to my instinctual herd mentality. When everyone around you is running, you run. 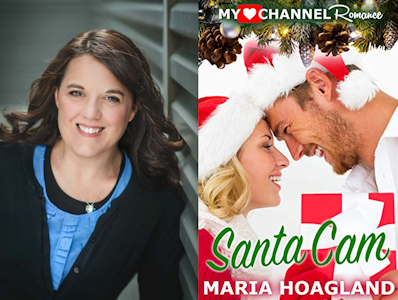 Pulling back the curtain, he watched thick flakes swirl through the light of the streetlamp in front of his house. At least a couple of inches had accumulated—not bad for a place where he hadn’t expected to ever see snow. He itched to go out in it, but it wouldn’t be fun alone.

He found the number in his contacts and called, hoping Talia had her phone on do not disturb if it was too late for him to be calling. She answered on the second ring.

“Are you afraid of the little storm, Cam?” she crooned before he could say hello. 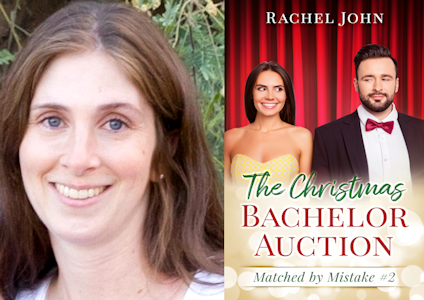 Laurie and Cara were in the room next door, laughing hysterically about something. Justin was starting to think this auction was all part of a master plan to prank every single guy in town and see if they’d do their bidding.

Well, he had things to do. He’d promised Dad new photos of the gift shop, and now was as good a time as any. Justin picked up his camera bag and checked it before setting it by the door, put his shoes back on, and glanced around. His leather jacket, which had been hanging on the bed post earlier, was no longer there. 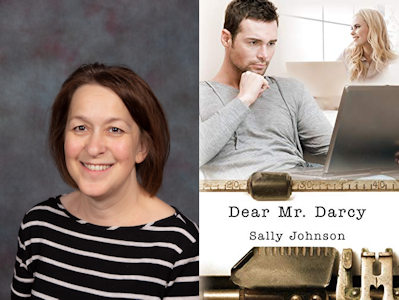 I felt like I was on the verge of a panic attack. Or passing out. Or both. My nerves were shot, so I paced the hallway outside the intimidating double doors for my nine a.m. pitch session.

“Alivia, seriously. Just breathe,” my roommate, Naomi, reminded me, which was easy for her to say. She wasn’t about to pitch her manuscript to an editor. She hadn’t been given an hour’s notice that a time slot had opened for a consultation. She didn’t have to convince an editor in ten minutes that her book was good enough for a publishing contract. I was so not ready. 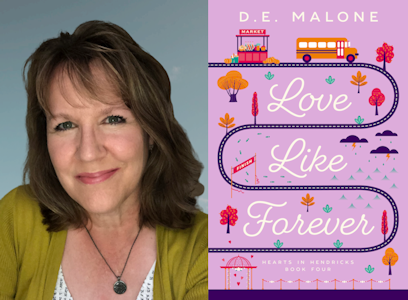 Sean tipped his chin, looking over Matt’s shoulder. “The woman walking up the driveway.”

Matt turned to look, but the sun had moved slightly and the glare on the hood blinded him. He squeezed his eyes shut, rubbed them, but still saw spots as he tried to focus on the figure coming toward them. Shoes hit the pavement in clipped measure and then stopped. Meanwhile, he couldn’t make out anything but a vague outline of this person with hands planted on her hips. 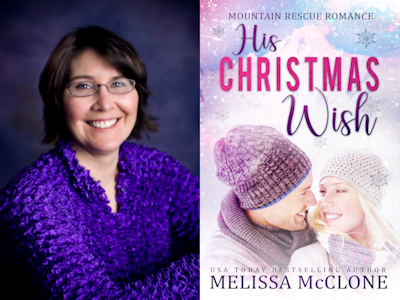 
Snippet from the Excerpt (find the full post here):

“Welcome back, Carly,” a male voice greeted her warmly.

She’d expected to see Hannah’s husband of two years, Garrett Willingham, but the man standing in the doorway looked nothing like the clean-cut, non-risk-taking, business-suit-wearing certified public accountant. This guy was too rugged, too fit, too…familiar. 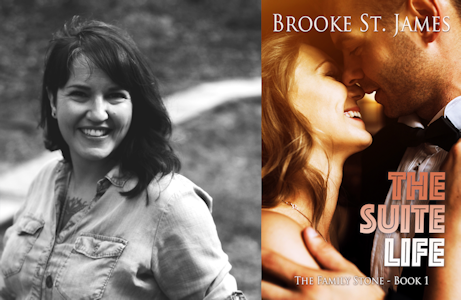 
Snippet from the Excerpt (find the full post here):

People always asked me how it was being Alec Stone's daughter, but the truth was, I didn't have anything to compare it to. I had grown up with my dad being in the spotlight. I didn't know anything else.

My parents divorced when I was three-years-old, and my mom moved to Ventura to be closer to her parents. She took me and my older sisters with her. Dad stayed in Los Angeles. Ventura wasn't all that far, and we still saw him on a regular basis, but we flew under the radar and had a relatively normal childhood considering the fact that we were Alec Stone's daughters. I was the youngest by four years, and I had always been Dad's sidekick—traveling with him more often than my sisters did. I was now in my mid-twenties, and I still made a habit of going with him when I could.