Blog Tour and Giveaway: The Hesitant Heiress by Dawn Crandall 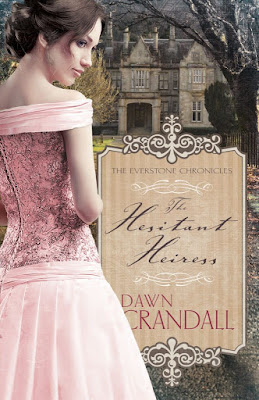 After being unjustly expelled from the Boston Conservatory of Music, Amaryllis Brigham sees her dreams of founding a music academy in her hometown of Seattle, Washington, disappearing before her very eyes. Now, the only way to achieve her goal comes with high stakes for someone set on avoiding men as much as possible: Marry within the year to inherit the immense fortune of her estranged grandmother. Amaryllis reluctantly moves in to her aunt’s Boston home and rubs shoulders with fashionable society. Despite her own misgivings, she soon finds herself quickly falling in love with the most unlikely of men–Nathan Everstone, the envy of every eligible female, whose father has haunted her dreams for the decade following her mother’s tragic death. However, Nathan turns out to be much more than he seems…and everything she never knew she wanted. But just as everything Amaryllis has recently hoped for comes to fruition, it all falls apart when she finds that the real culprit who has been managing her life isn’t who she thought at all. 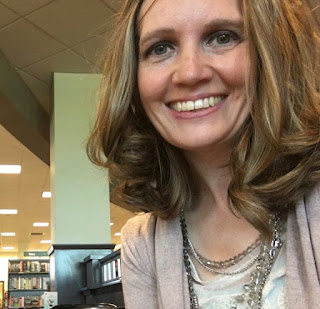 Dawn Crandall’s debut Gilded Age Victorian romance, The Hesitant Heiress, was a 2015 ACFW Carol award finalist in the debut category and received the 2015 Gayle Wilson Award of Excellence, the 2015 Write Touch Reader’s Choice Award and the 2015 Romancing the Novel Reader’s Choice Award. Her follow-up novel, The Bound Heart, received the 2016 Laurel Award from Clash of the Titles. Dawn earned a BA in Christian Education from Taylor University. She’s been balancing books and babies lately as her two sons were both born as the four books of her Everstone Chronicles series were being released from Whitaker House from 2014 to 2016. Dawn lives with her husband and two young sons on a hobby farm in her hometown in northeast Indiana.

Some things just float your boat, you know? What are some of yours? I’m thinking, for many of you, having piles of awesome newly released novels to read is one of those things. Do you remember what it was that you loved to do more than anything else… when you were a kid? Well, for me, at least, it hasn’t changed much. I remember being in third grade and KNOWING that I was meant to write books. But having ADD in the 80’s and feeling like I was a pretty lousy student through most of my school years sort of put my dreams of being a published author in the category of “pipe dream”. Then during my senior year of college, I had one glorious spring break week of creative thinking, and I came up with the name of the heroine I would (hopefully) write someday—Amaryllis Brigham. And I also came up with the last name of the hero, and the family I would write a series about—the Everstones.

Five years after I graduated from college, I got married. And because I had lots of extra time at that point, I decided to check out some books about character development from the library. Which was the first clue to my husband that I wanted to write a novel. Yes, I hadn’t even told him! Then another five years went by while I worked full time at a daycare. I had definitely thought more about writing it by then, but I didn’t really know how to start.

But then I did. At the age of 32, during January 2010, I finally started writing The Hesitant Heiress. I just dove in, half planned and half one-chapter-at-a-time. I love history so much, when I’m doing research the world as it was just comes to life in my imagination and the story possibilities are endless! And really, I wrote Nathan and Amaryllis’s story for myself—for the joy of writing! Creating story, I found, was my favorite hobby beyond reading them! I did have a dream once during the two year process of writing THH, and I very vaguely saw a cover face out on a shelf. But again, to me it seemed like an impossibility, and I just kept focused on the joy I attained from writing it. If you would have told me back then that that first novel I loved writing would be traditionally published and on the market two and a half years after I finished writing it, I would have laughed in your face! And then, when I first saw Amaryllis on the cover of that first book in my series of five… I thought back to the dream I had that one time, and she was it. The way Amaryllis Brigham is situated on the cover of my published novel was very similar to the vague book cover of my dream. God had done it; He had taken the biggest desire of my life, given me a dream even when I was too cautious to hope, and He had made it a possibility.

Labor Not in Vain, February 13

For Him and My Family, February 21

Beauty in the Binding, February 23 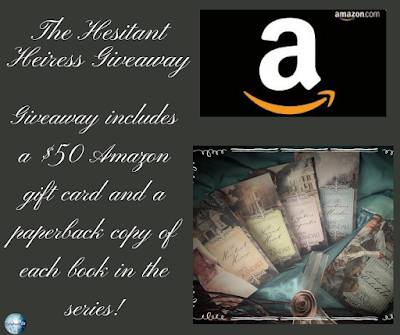 To celebrate her tour, Dawn is giving away the grand prize package of the complete Everstone Chronicles series in paperback and a $50 Amazon gift card!!

Dawn Crandall has written a beautiful debut with her The Hesitant Heiress. I love that it is the beginning of a series called The Everstone Chronicles. This is a lot that I love in a story. Which includes: history, intriguing time period, fabulous setting, mystery, suspense, danger, adventure, and romance. There is absolutely nothing I could complain about with this book. It is a wonderful piece of fiction I loved every single page.

I am giving Hesitant Heiress a very well deserved five plus stars. I highly recommend it for readers who enjoy reading historical romance. I can not wait to get my hands on book two from The Everstone Chronicles series, The Bound Heart, to find out what happens next. This one should not be missed.

I received The Hesitant Heiress from the publisher. This review is one hundred percent my own honest opinion.