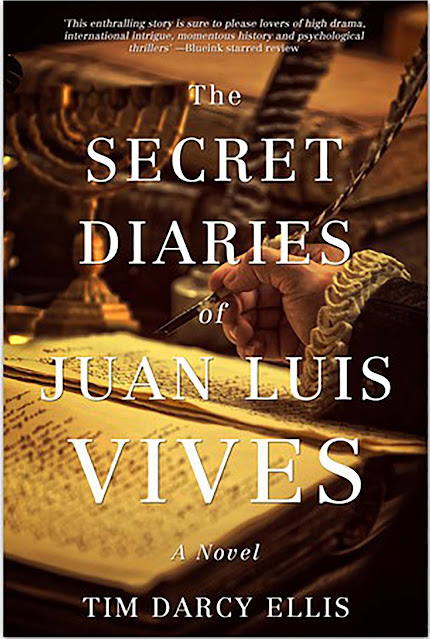 "A fast-paced and richly engaging story about an intriguing historical figure... Ellis writes all of this with marvellous gusto that's more reminiscent of Hilary Mantel's Wolf Hall (2009) than of a more traditional Tudor novel." - Kirkus (starred review)

"A fast-moving, highly enjoyable historical drama, which features one of Western civilization's most interesting men during the dazzling age of the Renaissance. Ellis draws his characters so wonderfully, and none is better than the lead. The smart, charming, and earnest humanist is depicted as the embodiment of a better world to come." - Indiereader Review

The Secret Diaries Of Juan Luis Vives chronicles the epoch-making adventures of Spanish humanist Juan Luis Vives. The novel begins as Vives writes in self-imposed exile in Bruges, Spanish Netherlands in 1522. He is on the run from the Spanish Inquisition which has devastated his Jewish family in Valencia. Later, Thomas More invites Vives to the English court to tutor princess Mary Tudor, daughter of Henry VIII and Catherine of Aragon. The plot reaches its climax as Vives navigates the murky world of English politics during the reign of King Henry VIII, ever trying to negotiate an escape from Spain for his family, and for the Jewish people. The early modern period in Europe was a time of incredible instability. Economic depressions were the norm in Northern Italy, the Holy Roman Empire, and large swaths of England and France. Wars were endemic, with power politics and religion playing leading roles in massive bloodletting. Despite the darkness, great men and women of courage and intellectual curiosity also defined the age as one of scientific discovery, humanism, and scholarship. One of the great titans of the early modern period was Spanish scholar Juan Luis Vives. In the novel, Vives is the embodiment of the cosmopolitanism of the intellectual elite during the Renaissance. As a secret follower of Judaism, and thus a major outlaw according to the thinking of his own Catholic monarch, Vives walks a swaying tightrope. He was a genius and a philosopher who had a lot to say (he has since been dubbed 'The Godfather of Psychoanalysis,' Zilboorg 1941, and the 'Father of Psychology,' Watson, 1915), however, if he speaks too loudly not only his survival but that of his entire people hangs in the balance. Along the way, the reader is given close up and intimate and unique views of well-known figures such as Henry VIII, Catherine of Aragon, Anne Boleyn, Sir Thomas More and his devoted daughter, Margaret Roper. 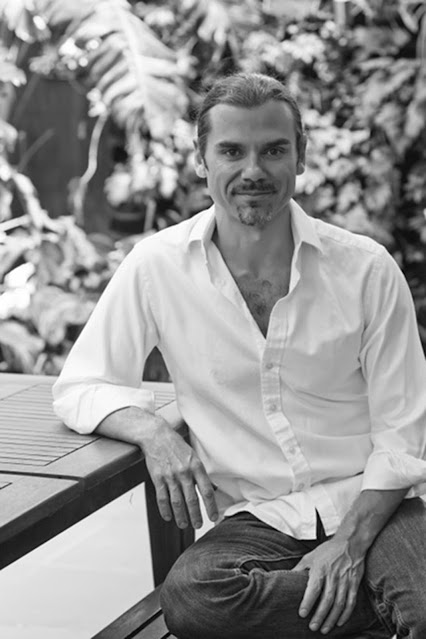 Tim Darcy Ellis (BA BSc, MHSc) is a writer, physiotherapy business owner and formerly a professional archaeologist. Tim studied Archaeology at the University of York (BA Hons 1988) and as a professional archaeologist, worked on sites throughout England and Wales. He held posts at the Museum of London and the British Museum's medieval galleries. Tim is currently Managing Director and Principal Physiotherapist of Excel Physiotherapy and Wellness. He qualified as a physiotherapist at the University of East London in 1998. He moved to Sydney in 2000 where he completed his master's degree in 2002. Tim is chief writer of Excel Life magazine: writing and teaching extensively on health and wellness and specializing in the treatment of complex hip and pelvic pain.

My Review:
The Secret Diaries of Juan Luis Vives is a great debut for Tim Darcy Ellis. I thought this was a really good read. The writing style is a bit unique than what I am used to but I thought it was refreshing to read something that is different. I love to read books from the Tudor era but somehow, I missed the history of Juan Luis Vives. I thought he was an intriguing individual of the times. I have never heard of him before and found myself searching the internet to find out more about him. The author obviously did some extensive research and it shows within the pages of this book. It was fascinating to learn so much about him and loved how Mr Ellis was able to bring him to life.
I am giving The Secret Diaries of Juan Luis Vives four and a half stars. I would love to see more books written by Tim Darcy Ellis in the near future. He definitely has proved to me that he is quite talented. I am curious as to what other historical figures he has in mind for more releases.  I recommend this one for readers who enjoy historical fiction based on true historical figures and for those who love to read Tudor era stories. I thought it was a great read and it should not be missed.
I received The Secret Diaries of Juan Luis from the publisher. This review is one hundred percent my own honest opinion.
Posted by Amybooksy at 1:00 AM