Blurb Blitz and Giveaway: The Lady and Her Champion by Sara R Turnquist

This post is part of a virtual book tour organized by Goddess Fish Promotions. Sara R. Turnquist will be awarding $40 Amazon/BN GC to a randomly drawn winner via rafflecopter during the tour. Click on the tour banner to see the other stops on the tour. 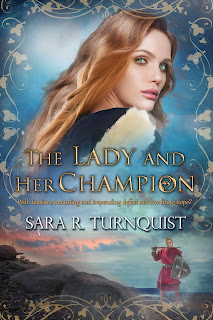 She needs someone to fight for her. He needs to be rescued.

Karin and Pavel have become separated by war and the destruction of his family's home. When Pavel hears of Karin's predicament, he rushes to his beloved. But what will he find? Will the pull to remain by her side be stronger than the tug to return to the front lines?

Zdenek and Eva are blissfully happy after finding one another. Then his father summons him home. It is a reunion Zdenek dreads. How will his father react to Zdenek's involvement with a merchant's daughter? More...what will Zdenek do if the man does not accept her?

Radek, who has recently defected, finds himself caught between two worlds. He stumbles upon a Hussite captive in the Royalist camp in dire need of a champion. Can he defy yet another army? Ostracize himself and limp back to the Hussites for the sake of a woman he owes nothing to?

While the Hussites maintain a tenuous hold on their lands, will internal conflict prove their undoing?

“And just who would be pursuing us?” Hana’s eyes narrowed. “You disarmed and bound the only men who knew of our leaving.”

“Don’t be foolish,” he said, his tone on edge. “I only deterred that soldier for perhaps a half hour. He will have come around and made his situation known forthwith. And do not be mistaken…our pursuers will come by horse. As you see, my lady, we are on foot.”

Her features dropped, as did her arms. Had she not considered these things? And why should she have? Outside of this war, a lady of her beauty and grace should never know such hardship. Should never have faced such abuse…or been threatened with more violence.

Even now, disarmed as she seemed, she appeared lost.

He longed to take the couple of steps between them and offer her the comfort she was due.

But he could not. She was not his betrothed, and he would not take such liberties. No matter how fitting the action seemed.

He wished she would look at him. Would this lead to one of the female hysterics he had heard tales of? What would he do then?

But she breathed in deeply and then turned her face toward him.

“Then we must go. And make haste.”

He nodded. And something warm and pleasant blossomed in the center of his chest. What was it? Admiration? Relief? Something else? 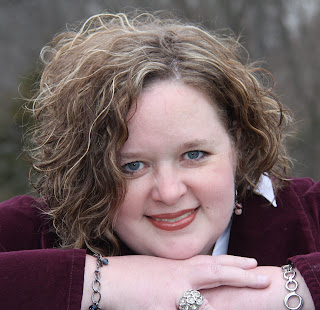 Sara is a coffee lovin', word slinging, clean Historical Romance author whose super power is converting caffeine into novels. She loves those odd little tidbits of history that are stranger than fiction. That's what inspires her. Well, that and a good love story.

Sara is an avid reader and also enjoys reading clean Historical Romance when she’s not traveling. Her books range from the Czech lands to the American Wild West and from ancient Egypt to the early 1900s. Some of her titles include The Lady Bornekova, Hope in Cripple Creek, The General’s Wife, Trail of Fears, and the Convenient Risk Series.