Blog Tour and Giveaway: The Faith of Mike Pence by Leslie Montgomery 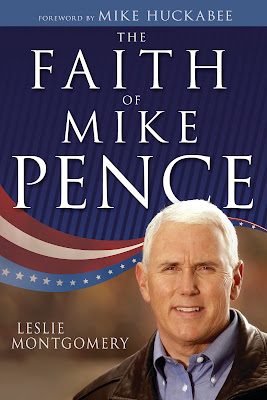 Several books have been published about Vice President Mike Pence, but none have touched upon what may be the most fascinating aspect of our nation’s second in command: his deep faith.
The Faith of Mike Pence offers an intimate look at the man who calls himself “a Christian, a conservative, and a Republican, in that order.”
Author Leslie Montgomery details Pence’s spiritual journey and examines how the vice president’s commitment to Christ has been a key component in his life as a husband, father, and public servant. Montgomery examines Pence’s encounters with politicos and evangelistic leaders such as James Dobson and Charles Lake. She shows the role of Pence’s faith in running for various offices, implementing faith-based initiatives, and responding to 9/11, the war in Afghanistan and Iraq, and the infamous Anthrax scare in Congress that directly affected him.
The Faith of Mike Pence is a powerful account of one of the most conservative vice presidents in American history, with exclusive interviews and insightful commentary from friends, family, and colleagues. It is a serious and moving reflection about one of America’s most admired and respected politicians. 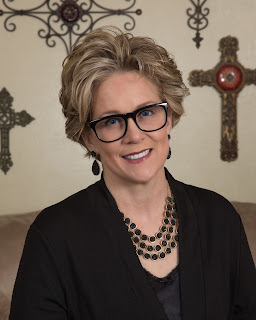 Leslie Montgomery is the author and ghostwriter of over a dozen books. She is best known for writing the spiritual biography, The Faith of Condoleezza Rice, when Rice was serving our nation as secretary of state in the George W. Bush administration. Leslie has been a writer for Focus on the Family for more than twenty years and is the former director of publications for the American Association of Christian Counselors. She is also the founder of Yeshu’a Ministries, with the goal of helping people gain a better and closer relationship with the Lord through her writing, speaking, and teaching ministry. She has traveled to churches and conferences around the world through her evangelical ministry, sharing the Word of God. Leslie has four children and six grandchildren. She resides in Boise, Idaho

In 2006, I wrote and released The Faith of Condoleezza Rice, know-ing it might be years before I published another book. My husband and I were undergoing fertility treatments and vowed that if I got pregnant, I’d take a few years off of working outside the home to raise my children until they were in school full-time. Well, I did get pregnant and we had two children in the span of two-and-a-half years.
In early summer 2017, with two kids getting ready to start school again, I prayed and asked God to send me a new book contract; it was time to get back into the thick of things. Two weeks later, I dreamt that I was to write The Faith of Mike Pence. The truth is, neither he nor his faith were even on my radar. I got out of bed and began doing a little research. I wrote a book proposal for different publishers and began to accumulate a list of people I hoped to interview.
My overall goal with this book is not to set the vice president up as a spiritual hero, but to show the heart of the real man—as a Christian, husband, father, and politician. In doing so, I tried to allow his own words and those of his family, friends, and colleagues tell his story while I served as a conduit to weave it together. My prayer is that it inspires, encourages, and challenges you.    —Leslie Montgomery 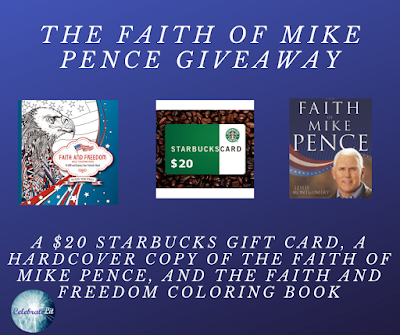 To celebrate her tour, Leslie is giving away a grand prize package of a $20 Starbucks gift card, hardcover copy of The Faith of Mike Pence, and Faith and Freedom Adult Coloring Book!!
Be sure to comment on the blog stops for nine extra entries. Click the link below to enter.
https://promosimple.com/ps/e805/the-faith-of-mike-pence-celebration-tour-giveaway

I believe that The Faith of Mike Pence is definitely a must read. I honestly did not know a whole lot about our Vice President of the United States. It was interesting to read about him growing up, how he met his wife Karen, his children, becoming a House of Representative for Indiana, Governor of Indiana, Vice President, and most importantly, his faith. It was nice to read how he is highly respected from both major political parties. I love how he has reached out to help refugees, immigrants, and others who are have different faiths. It was great to actually read something that is so positive about him.

I give The Faith of Mike Pence five plus stars. I highly recommend it for those who want to learn more about Mike Pence, his faith and his family. I found it to be inspiring and I believe so many other readers would too.