Blog Tour and Giveaway: No Stone Unturned by Pam Lecky 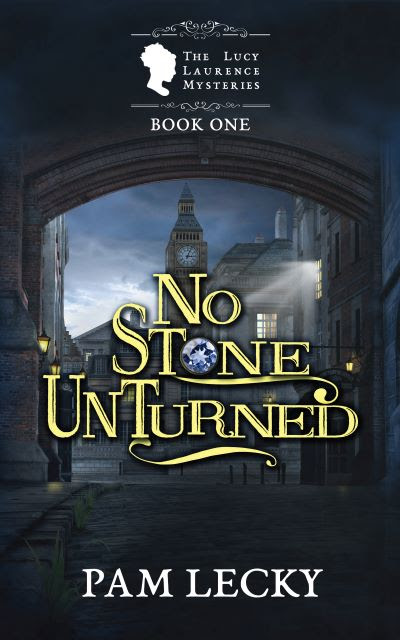 No Stone Unturned by Pam Lecky

A suspicious death, stolen gems, and an unclaimed reward: who will be the victor in a deadly game of cat and mouse? London October 1886: Trapped in a troubled marriage, Lucy Lawrence is ripe for an adventure. But when she meets the enigmatic Phineas Stone, over the body of her husband in the mortuary, her world begins to fall apart. When her late husband’s secrets spill from the grave, and her life is threatened by the leader of London’s most notorious gang, Lucy must find the strength to rise to the challenge. But who can she trust and how is she to stay out of the murderous clutches of London’s most dangerous criminal? 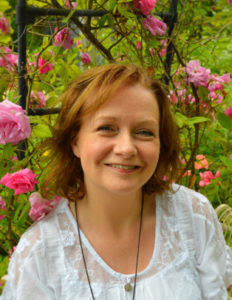 Pam is an Irish writer of historical fiction with a particular love of the late Victorian era and early 20th century. She is fascinated by all things 19th century, from food and clothes to architecture and social history. She is patiently awaiting the invention of time travel, but in the meantime, indulges her love of the past by writing about it. Her debut novel, The Bowes Inheritance, was awarded the BRAG Medallion in 2017. It was shortlisted for the Carousel Aware Prize 2016; made 'Editor's Choice' by the Historical Novel Society; long-listed for the Historical Novel Society 2016 Indie Award; and chosen as a Discovered Diamond in February 2017. In April 2018, Pam published an anthology of some previously published short reads, along with some new work. Her collection of short stories is entitled, Past Imperfect, and features stories set in such diverse settings as WW1 Dublin, the sinking of the Lusitania and a lonely haunted lighthouse.

Monday, August 5
Review & Interview at Passages to the Past

Tuesday, August 6
Review at Books In Their Natural Habitat

Monday, August 12
Feature at Coffee and Ink
Review at Locks, Hooks and Books
Review & Interview at Jorie Loves a Story

During the Blog Tour, we are giving away two copies of No Stone Unturned by Pam Lecky! To enter, please use the Gleam form below. Giveaway Rules – Giveaway ends at 11:59 pm EST on August 12th. You must be 18 or older to enter. – Giveaway is open internationally. – Only one entry per household. – All giveaway entrants agree to be honest and not cheat the systems; any suspicion of fraud will be decided upon by blog/site owner and the sponsor, and entrants may be disqualified at our discretion. – The winner has 48 hours to claim prize or a new winner is chosen. No Stone Unturned 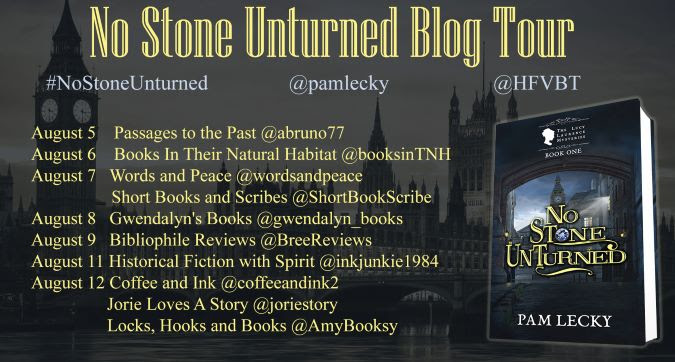 No Stone Unturned is the beginning of Pam Lecky's series, The Lucy Lawrence Mysteries. I enjoyed this historical fiction. It has mystery and suspense. Lucy gets caught up into quite an adventure. It was fun trying to figure out where she would end up next.

I am giving No Stone Unturned four stars. I look forward to what will happen next with Lucy in the second installment from The Lucy Lawrence Mysteries series. I recommend this book for readers who enjoy historical mystery.