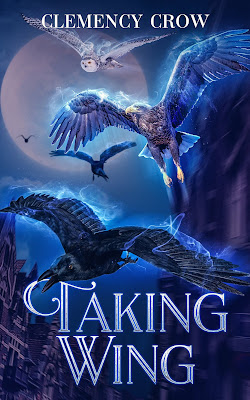 Twelve-year-old Freya enjoys karate and is the only one in her class who’s trusted with a part-time job. But everything changes when she meets a boy with yellow eyes. She learns about the guardians, and how an age-old fight has prevented them from fulfilling their purpose.


Freya finds new friends in the Crow tribe, but not everything in the castle is blissful. A destructive shadow lies within her and all she needs to do to release it is close her eyes.


But as the guardians’ war rages on, Freya realises that, although the shadow’s power can be useful, it can’t create peace. To do that, Freya and her friends must solve the mysterious crime that began the war. Can they bring the guardians together before they destroy each other?


“Tell me more about the Owls,” Freya requested. She couldn’t deny that the statue fascinated her. It was such a magnificent gift, it seemed tragic that the people who gifted it were now at war. Elialdor, standing behind her, placed his hands on her shoulders.


“Their king is a man called Raedwald. He commands perhaps more than even the Crows. Perhaps the most powerful of our kind.” Elialdor spoke almost in a whisper. “It was him who killed my grandfather.”


“The king?” Freya turned around to face him. The prince’s face looked so sad, but proud all the same.


“Yes. But he was my grandfather too.” He bowed his head. “Raedwald was angry with our tribe and sought revenge. So he killed him.”


“Revenge for what?” Freya could not help but ask.


“He believed we committed a crime that we did not. The only way to prove our innocence was to find the truly guilty party: something we failed to do. So we remain at war.”


Although Freya wanted to find out more on the matter, the look of pain on Elialdor’s face stopped her from asking any more questions. She was struggling to piece together the fragments of information she had received, and each conversation made it more intriguing. 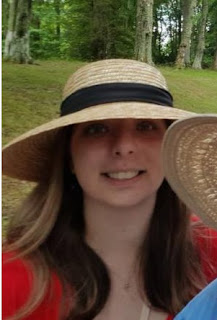 I can't remember when I wrote my first story. We had a word processor when I was very little. It was an archaic piece of technology with no mouse, which meant you had to know the codes for it to work. My sister, Judith, and I wrote several stories using this. I think one of my stories was about a mammoth, probably during my I-want-to-be-a-mammoth-when-I-grow-up stage.


When I was a bit older, during Year 3 at Primary School, another sister brought home several A5 grey jotters and gave one to Ginny and Judith to plan and write their stories in. Naturally, I wanted a notebook too, so I said I was writing a story called "The Rule of the Unicorns". I never finished that rather peculiar tale, but it meant I got one of those A5 grey jotters!


A good few years down the line and I'm a Primary Teacher in the tip-top north of Scotland. To encourage a love of reading in my pupils, I write a story with them in for their Christmas present. The first thing they do is flick through and try and find their name - but I hope they enjoy the story too!


When I'm not teaching, I love writing, working on my allotment and I'm crazy enough to be doing a Science degree at the same time.


Clemency Crow will be awarding a $10 Amazon/BN GC to a randomly drawn winner via rafflecopter during the tour.

I have to admit that I was not sure about Taking Wing when I began reading it. I quickly found that I was hooked within the first few chapters. The characters grew on me and the plot was fantastic. It turned out to be a great read.

I am giving Taking Wing four and a half stars. I would love to read more by Clemency Crow, as well as, the next installment from her Feather Down series. I recommend it.