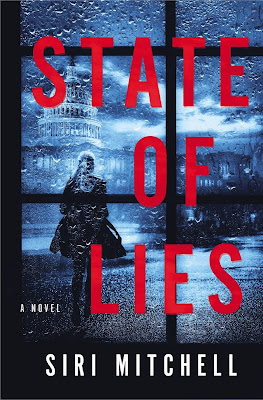 Months after her husband, Sean, is killed by a hit-and-run driver, physicist Georgie Brennan discovers he lied to her about where he had been going that day. A cryptic notebook, a missing computer, and strange noises under her house soon have her questioning everything she thought she knew.

With her job hanging by a thread, her son struggling to cope with his father’s death, and her four-star general father up for confirmation as the next Secretary of Defense, Georgie quickly finds herself tangled in a political intrigue that has no clear agenda and dozens of likely villains. Only one thing is clear: someone wants her dead too. The more she digs for the truth, the fewer people she can trust. Not her friends. Not her parents. Maybe not even herself. 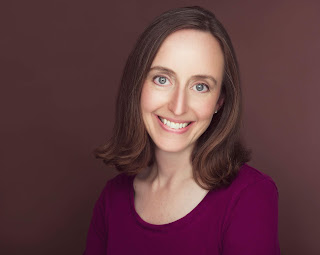 Siri Mitchell is the author of 14 novels. She has also written 2 novels under the pseudonym of Iris Anthony. She graduated from the University of Washington with a business degree and has worked in various levels of government. As a military spouse, she lived all over the world, including Paris and Tokyo. Siri is a big fan of the semi-colon but thinks the Oxford comma is irritatingly redundant. Visit her online at sirimitchell.com; Facebook: SiriMitchell; Twitter: @SiriMitchell.

A Sense of Place I’m so excited about the release of State of Lies! Among the many reasons for my excitement is the fact that I set the story in my own home town: Arlington, VA. Here are some things you might not know about Arlington: 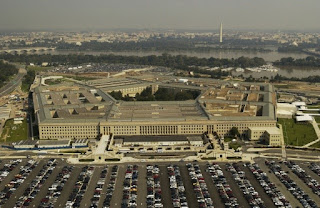 The Pentagon and Washington, DC

State of Lies was one unpredictable read for. It was a thrilling, scary, but yet a fun roller coaster ride I did not expect. This story is one that kept me on the edge of my seat. It was full of action, adventure, mystery and suspense. My head was constantly spinning with all of the twists and turns.

I am giving State of Lies four and a half stars. I recommend it for readers who enjoy a well written, suspenseful filled and clean novel. I look forward to more books like this one by Siri Mitchell in the future.