Blog Tour and Giveaway: Castle of Concrete by Katia Raina 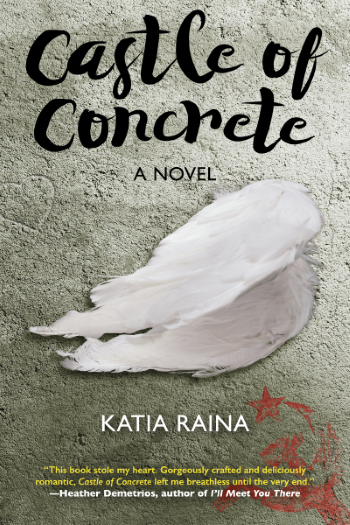 Castle of Concrete by Katia Raina

In 1990-1991, when the history of Russia and the entire Soviet Union is being revisited and the rules are changing, a fifteen-year-old Jewish girl, Sonya Solovay, reunites with her dissident mother after twelve years of hiding out in Siberia--her life's dream realized. Still, she sees herself as a typical Soviet citizen: a shy, quiet, obedient, barely-there girl, dissolving into the past, her country's and her own. Determined to break into her new existence, Sonya tries out a shining new persona, but most of her efforts backfire. One mysterious boy notices her, wants to hear her stories, makes her feel like she is the shiniest part of his world. Everything else might as well fade away--her distant and hungry-for-gossip classmates, the equally shy Jewish friend who doesn't always seem to understand her, the growing tension with her fiercely Jewish Mama, the rumors of an impending communist coup. More and more, Sonya spends time with her "rescuer" at a construction site she calls "castle." So what if he uses an occasional anti-Semitic slur? In the shadow of a crane, among metal pipes and concrete blocks, she finds it easy, falling, falling in love with a muddy-eyed boy she knows so little about. As for being Jewish in a country where the Republics are supposed to be "sisters" and the People brothers," what does one's nationality have to do with anything? All the while, Sonya's mama is falling in love also: she is falling in love with shiny America, a land where being different seems to be celebrated, and not everyone is so very Russian and snow-white. The place sounds amazing, but so far away. Will Sonya ever find her way there?

“This book stole my heart. Gorgeously crafted and deliciously romantic, Castle of Concrete left me breathless until the very end.” ―Heather Demetrios, author of I’ll Meet You There “In Katia Raina’s fascinating and sympathetic Castle of Concrete, the concerns of young adulthood are amplified tenfold against a background of historical upheavals. . . . [A] riveting story about growing up in dark political times.” ―Foreword Reviews (starred review) “Castle of Concrete is constructed of the finest story materials: complex characters, page flipping suspense, and exquisite details. All in a troubled historical landscape. The story kept me reading with pounding heart.” ―Joyce Moyer Hostetter, author of the award-winning Bakers Mountain Series “Readers won’t easily forget spunky Sonya, struggling to understand her Jewish roots amid rising anti-Semitism, her activist mother’s secrets, and her attraction to two boys, each of them dangerous in their own way.” ―Lyn Miller-Lachmann, author of the award-winning Gringolandia "A tour de force about the Russian people, and their first, tentative steps toward what had been denied for generations--a private life in all its imperfect glory. And then comes the ending." ―Lynda Durrant, author of The Last Skirt 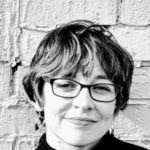 When she was a child, Katia Raina played at construction sites and believed in magic mirrors. She emigrated from Russia at the age of almost sixteen. A former journalist and currently a middle school English teacher in Washington, D.C., she has an MFA in Writing for Children and Young Adults from Vermont College of Fine Arts. She lives with her family just outside of D.C., and still believes in magic.


Sunday, August 18
Review at Passages to the Past


Monday, August 19
Interview at Passages to the Past


Thursday, August 22
Excerpt at I'm All About Books


Friday, August 23
Review at So Many Books, So Little Time


Monday, August 26
Review at History from a Woman’s Perspective


Tuesday, August 27
Review at Books In Their Natural Habitat

During the Blog Tour, we are giving away a paperback copy of Castle of Concrete! To enter, please use the Gleam form below. Giveaway Rules – Giveaway ends at 11:59 pm EST on August 28th. You must be 18 or older to enter. – Giveaway is open to the US only. – Only one entry per household. – All giveaway entrants agree to be honest and not cheat the systems; any suspicion of fraud will be decided upon by blog/site owner and the sponsor, and entrants may be disqualified at our discretion. – The winner has 48 hours to claim prize or a new winner is chosen. Castle of Concrete

Castle of Concrete is a wonderful read. This debut by Katia Raina tells the story of Sonya going to live in late twentieth century Moscow and learning to fit in a new world she is not used to. I loved getting to know her and learning a little bit of history of her time.

Castle of Concrete gets a four and a half stars from me. I would love to see where Miss Raina’s imagination takes her readers to in her next book. I recommend this one.