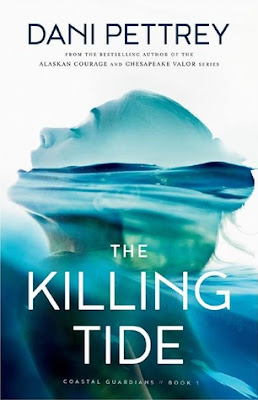 The Killing Tide by Dani Pettrey
My rating: 5 of 5 stars

When one Coast Guard officer is found dead and another goes missing, CGIS special agent Finn Walker faces his most dangerous and volatile crime yet. His only clues are what little evidence remains aboard the dead officer's adrift cutter, and the direction the clues point will test him and the guard to their limits.
Complicating matters further is the arrival of investigative reporter Harper Grace. An unrelenting journalist who was nearly killed as the result of her last expose, Harper has been sent to Wilmington on the hunch of her boss that the Coast Guard is stonewalling the truth about the officers. An interview with the dead victim's wife convinces her there's a story worth uncovering, even if it means risking her life again.Thrown together by the heinous crime, Finn and Harper can't ignore the sparks or judgments flying between them, but will they be able to see past their preconceptions long enough to track down an elusive killer before they become his next mark?

The Killing Tide gives me yet another reason why Dani Pettrey is among my favorite Romantic Suspense authors. This one is the beginning of her new series, Coastal Guardians. It starts off full of action filled suspense. I was left guessing what would happen next. It had so many twists and turns that I could never predicted. I loved the Finn and Harper duo. They made quite the team.

I highly recommend The Killing Tide. It gets five plus stars from me. I can not wait to get my hands on the second installment from the Coastal Guardians series and see what adventures the characters will get into.