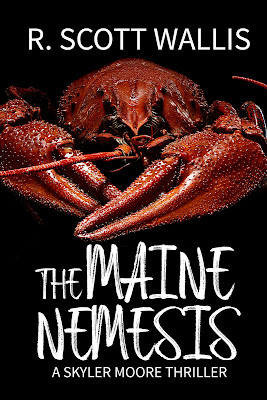 
Fiercely independent, insatiably curious, and always up for an adventure, public relations hotshot Skyler Moore is a hero for our time. She's decidedly not a sleuth by trade, but mayhem often comes knocking as she and her friends visit the small towns and big cities of America.

In "The Maine Nemesis," Skyler decides to spend the summer at her seaside cottage in Wabanaki, Maine, with her best friend—celebrity chef Brenda Braxton—and they have no idea that murder will be on the menu. But women are turning up dead in the once sleepy village where nothing ever happens. With the residents up in arms and the rinky-dink police force overwhelmed, Skyler and her friends feel compelled to lend a hand to save the town they love so much. The backdrop is classic New England Americana: lobster rolls, the whole town out for the Fourth of July, and summer evenings cooled by the ocean breeze. That...and an occasional murder, a kidnapping, and a few dangerous liaisons.

Skyler's mile-a-minute adventure will keep you turning the pages to see what comes next for her and her Down East 'friends.'


During one typically mild Maine summer, slightly more than a few decades ago, while the United States of America was celebrating the anniversary of its independence from England, fifth-grader Skyler Elizabeth Moore was celebrating her freedom from being the only little girl on her street. While she got along fine with most of the kids in her class, she’d not yet made a best friend—besides her beloved Raggedy Ann doll—so when Brenda Braxton, along with her brother and aunt, moved into the white clapboard house diagonally across the street, Skyler made it her mission to show the new girl around their tiny New England town in order to win her friendship.


There were only a handful of houses on the street and most of them were only used in the summer, making for a very sleepy, almost ghost town-like existence for a pre-teen girl during the school year. Skyler would stare into the houses’ dark windows as she walked to school, trying to catch a glimpse of something moving inside. A forgotten cat. A caretaker. Even a ghost. She believed in them and was certain that big old empty houses were where they lived.
When the biting winter winds that came off the ocean turned soothingly cool and the town sprung back to life after Memorial Day, Skyler would get her hopes up that a new family—with kids her age—would magically appear on the block. Specifically, a girl. So, when she finally spotted one that early July day, she wasted no time.
The moving truck was still in front of the house on the corner, and even though her mother told her to wait until the family settled in, Skyler marched herself to the open door and stepped into the front hall. She scooted to the left to avoid getting hit by a couch that two large men lifted through the doorway and then she followed them into the living room.
There she was. A girl her own age, sitting on a moving box, eating a banana.


“My mom would be very proud,” she said when she noticed Skyler. “She was always pushing fruit on me.”


“I love bananas,” Skyler lied as she moved closer. “I’m Skyler. I live across the street.”


“I’m good at spelling. It’s easy. W.A.B.A.N.A.K.I. Wabanaki. Almost like banana with all the A’s after the letters.”


“I guess. Did you just let yourself in?”


“I did. Is that okay with your mother?”


Skyler noticed that Brenda was a little on the heavy side with a roll of fat around her middle that peeked out between her shirt and shorts, but it didn’t faze her. Brenda had a hearty, infectious laugh and positive attitude despite what Skyler would come to understand was an arduous childhood. Her homework could have been eaten by the dog, or the vacation she was looking forward to could have been cancelled at the last minute, and she’d always manage to find the silver lining. Brenda’s attitude would balance well with Skyler’s sometimes dark outlook on life.


Skyler didn’t know it at the time, but Brenda’s father went missing in action during some U.S. military action somewhere on the other side of the world and her distraught mother had been committed to a mental asylum. Her father’s sister took charge of the children and moved them from a bustling, unkempt New York City (at the time) to the more idyllic world that was sleepy Wabanaki, Maine.
For Skyler, the timing couldn’t have been more perfect. The girls had the rest of the summer to play outside, have sleepovers, and get to know each other before the school year would begin. And they did just that. Sometime between building a girls-only tree house and starting a weekly lemonade stand, they’d become blood-sisters, cutting their index fingers and pressing them together to form a lifetime bond. It had been Brenda’s idea. She’d seen her brother do it with his best friend, so it wasn’t totally insane.


“I don’t want you to do anything that would make you feel bad. And I know blood makes you scream and cry.”


“That was just that one time, Brenda, and it was only because that stupid treehouse nail went right through my leg. I’m not afraid of blood. I’m going to be a veterinarian. I’m going to have to get used to it.”


“You are not cooking dead animals, Brenda!”


“What do you think steak and pork chops and hamburgers are? Dead animals.”


“But they aren’t dogs and cats. I’m going to care for puppies and kitties.”


“Veterinarians also take care of cows and pigs and horses and stuff, you know.”


“Well, maybe. But if they die—which they won’t, because I am going to go to a very good veterinarian school—I’m not letting you cook them. There will be a pet cemetery in the back behind my pet hospital.”


“It does, you’re right,” Skyler said thoughtfully. “Well, we’ll get your stupid brother to take the dead animals away somewhere. But, I’m serious, Brenda, the animals are not going to die. That’s why I’m going to be a veterinarian, to make sure that doesn’t happen.”


“Everything dies. My dad died.  My hamster died. And our first dog died when he got run over by the trash truck.”


“That’s horrible. If I was older and if I had been there, I would have saved him.”


“She was a she and her head was smooshed into the road and they had to use a bunch of shovels to clean it up.”


“It’s okay. I didn’t really see that happen. Actually, I don’t think that’s what happened to her. I made it up. I think she ran away.”


“Maybe he’s with your dog somewhere.”


“Well, that would just make me mad.” Brenda dug her fingernail into the bottom of her sneaker.


“Because if they’re all together somewhere else, why are my brother and me here in Wabanaki without them?”


“That would mean that they don’t love us.”


“But that’s what it would mean. And I don’t want to believe that.”


Brenda brightened when she remembered the task at hand. She pulled out her brother’s Swiss Army pocketknife. “Ready?”


“I am,” Skyler said confidently, even though she was trembling. “Because we’re going to be sisters forever.”


“That’s the idea. I don’t want to have to play with just my brother for the rest of my life.”


Brenda took Skyler’s hand in hers, turned it over so that her palm was facing up, and pressed the knife into her finger without hesitation. Skyler’s eyes widened as she watched a small bubble of scarlet red blood form. She looked into Brenda’s eyes. She smiled, cut her own finger, and they pressed them together while they screamed and laughed at the same time.


“There,” Brenda said when she was able to calm herself, “blood sisters.”


“Blood sisters,” Skyler echoed. “Can we go clean these cuts now? I don’t want to get tetanus.”


“I don’t know, but it’s something awful and if you get it inside you, you die.”


The girls took off to find water, soap, and Band-Aids, and to call it a night. The sun was setting and it was getting dark, the sign that another summer adventure must come to an end. But they’d have lots more. They ensured that with blood.


Brenda’s cut got infected, but it wasn’t tetanus…and she didn’t die. 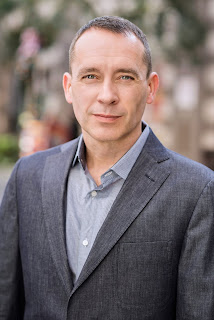 R. Scott Wallis is endlessly inspired by his surroundings and adventures. And he thrives on new chapters and creating unique projects to keep himself out of trouble. Scott started his working life as an advance person and assistant to a sitting United States Vice President. Later, he served as the creative director for a leading Washington think tank. That led to working directly for one of the richest men on Earth, conceiving and executing exclusive events for his billionaire friends. Tired of working for the man, Scott became a top-rated pop-culture podcaster and celebrity interviewer, while also dabbling in both the worlds of clothing manufacturing (creating his own baby clothes brand that was sold in over 300 stores nationwide) and retail sales, with his own well-received men's clothing store.


Always willing to lend a hand or donate what he can, he's an enthusiastic philanthropist, championing causes such as childhood bullying, animal adoption, and feeding the less fortunate. A wide-eyed world traveler, Scott has been to four continents, mostly by sea. While he loves exploring Europe and the Caribbean islands, it's the vast United States that he likes best. He's been to Alaska four times, Hawaii twice, and can't wait to explore the eight states he hasn't been to yet. Technically a Connecticut Yankee, Scott grew up in historic Williamsburg, Virginia, and lived for 25 years in the Washington, D.C. area, before recently discovering that the American West is where he is most at home. He lives in Las Vegas, Nevada.


R. Scott Wallis will be awarding a $50 Amazon or Barnes and Noble GC to a randomly drawn winner via rafflecopter during the tour.

The Maine Nemesis starts ‘R. Scott Wallis’ series, A Skyler Moore Thriller. I thought this was a pretty good read. It is full of suspense that kept me on the edge of my seat. It was fun finding out where Skyler and her friends will end up next.

I am giving The Maine Nemesis four stars. I look forward to see what happens in the second installment from A Skyler Moore Thriller series. I believe readers who enjoy a fast paced thriller, would enjoy this one.