Blog Tour and Giveaway: From Across the Room by Gina L. Mulligan 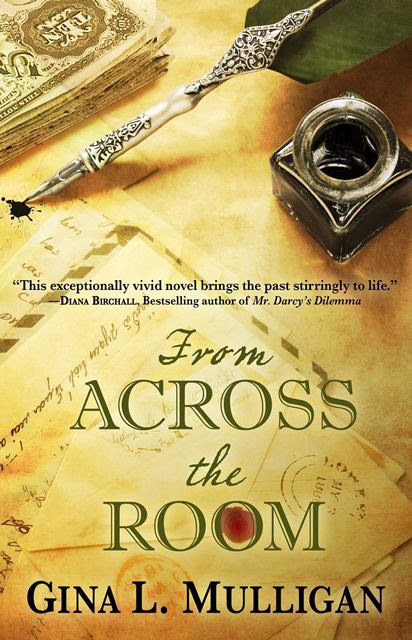 From Across the Room by Gina L. Mulligan

Self-indulgent young writer Thomas Gadwell has traveled from Boston to the new Hotel Del Coronado in California to at last finish his novel when he meets the clever and headstrong Miss Mary Harting. At once Thomas tosses aside his literary pursuits for a charmed summer of romance that ends with the happy couple making future plans. However, Mary Harting is the only unmarried daughter of notorious railroad tycoon Charles Harting, and he has no intention of letting a useless wordsmith derail his own critical plans for Mary. The couple must continue a clandestine courtship, but Thomas' ingenuity has unexpected repercussions and he unwittingly uncovers a sinister plot of deception, greed, and blackmail. Guided by mentor Henry James, to win Mary, Thomas must step from the pages of the world he creates to explore his own insecurities, battle against worldly corruption, and expose family demons. Told through a series of clever, heartfelt, and engaging letters, From Across the Room is a voyeuristic escapade that delights at every twist. Reflecting back to a time when letters were saved in the imagination of the reader, the lost art of letter writing brings to life the opulent Gilded Age and unfolds the universal passions of love, ambition, and the resilient bonds of family.

Praise for From Across the Room

"A passionate love story set in a brilliantly recreated Gilded Age, this intimate epistolary novel takes the reader from a wide-open California to the salons of literary and industrial New York. Colorful and indelible characters stride across the pages of this exceptionally vivid historical novel that brings the past stirringly to life." -Diana Birchall, Bestselling Author of Mr. Darcy's Dilemma
"Gina Mulligan's impeccable prose, engaging characters, and original style reminds us all why we love to read." -Reza Kahlili, 2010 National Best Books winner for A Time to Betray
"The characters have richly defined voices and fascinating lives that sparkle against a transcontinental history of America at the beginning of the twentieth century." -Jessica Klein, Award-winning Writer/Producer of Northern Exposure, Beverly Hills 90210, Gabriel's Fire and other popular TV series.

June 18, 1888.
DEAR BEAUREGARD —
My old friend, how long has it been since we opened a bottle of malt whisky and spent an entire evening searching for the melody in a Russian opera? In many ways not long enough.
Are you again trolling Saratoga for girls eager to annoy overbearing mothers? Or have you contented yourself with the companionship of the Baccarat table? My pleasure involves more than parading through town in a white cycling costume; yet, of anyone I know, you most appreciate a vacation filled with warm sunshine, gay chatter, and a radiant woman. Other than a small obstacle the size of a boulder, your apprentice is faring quite well in California. For the sole purpose of bragging, allow me to share the good parts before humbly asking for your help. And for the record, she agreed to our private outing without any begging.
My new friend, Miss Mary Harting, greeted me in the lobby at sunrise. She had an infectious grin that showed nothing of the early wake-up call. After we shook hands, I motioned for her to sit on a settee and then sat beside her.
She tilted her head. “Why are we sitting down, Thomas? I thought you said the surprise was outside. Aren’t you ready to go?”
“Actually, you’re not ready yet,” I said.
She flattened the pleats around her narrow waist, lifted the hem of her paisley skirt to examine her black boots, and gave a quick tug to each glove. “This is about as ready as I get.”
My heart began to pound. I reached across Mary to the end table beside her. She pulled away, but not too far. I felt her warm breath on my neck as I grasped the black scarf I had tucked underneath a crystal ashtray. When I sat back up, Mary plucked the scarf from my hand and held it in her open palm. “Yes, this was definitely too heavy for your pocket. You certainly are smooth.”
I should have known better than to try one of your stupid maneuvers.
She wanted to know what I had in mind for the scarf so I explained seeing where we were going would ruin the surprise. I waited for her refusal but instead of a protest, Mary placed the cloth to her eyes and turned. As I slid closer to tie the ends, my hands brushed against her soft hair and I smelled lilac perfume.
Mary took my hand, and I led her out past the gardens and beyond the far side of the hotel. When we stepped into the soft sand, she gripped my forearm.
“Don’t worry, I won’t let you fall,” I said.
“Who said I’m worried I might fall? Have you forgotten about the Crown Room where you bumped into me, or the rock you didn’t see? Oh, and then there was that branch on the —”
“Okay, you have a point.”
She giggled. “I just don’t want to go down with the sinking ship.”
“Traitor.”
I led her across the beach to a narrow path lined with sea grass. As we moved farther from the water’s edge, the breeze quieted and I listened to her shallow breath. Neither of us spoke. We were silenced by anticipation.
Though her hand was firm on my arm and I brushed against her shoulders to move branches from her path, when I grasped her waist to keep her from tripping she jumped.
“There was a log,” I said.
“My mother warned me about those kinds of logs.” She grinned and told me to keep my hands on her elbows.
We continued but I was so nervous that I took her down the wrong path and we had to circle back. Then I realized I missed the trail and had to turn her around again. I was beginning to feel my plan was folly and Mary would demand we return to the hotel when I at last saw the clearing. “We’re here,” I blurted. I let go of her arm then grabbed it again and made her promise she would wait for my return before removing the handkerchief.
At least a minute passed before I returned to find Mary twirling her thumbs; a sideways smile curled the edge of the blindfold. I wanted to kiss her pastel cheeks.
“Miss Harting, breakfast is served,” I said.
In the center of the small clearing was a table draped in white gauze. Yellow rose petals were scattered on and around the table and crystal glasses sparkled in the morning light. Two servers stood beside a cart filled with silver trays and as soon as I nodded, an oboist stepped from the brush and began to play. 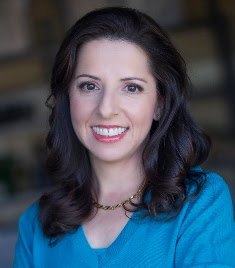 Gina L. Mulligan is a veteran freelance journalist for numerous national magazines and the author of the award-winning novel, REMEMBER THE LADIES and FROM ACROSS THE ROOM. After her own diagnosis, Gina founded Girls Love Mail, a charity that collects handwritten letters of encouragement for women with breast cancer. She was honored for her charitable work on the nationally syndicated television talk show The Steve Harvey Show, People.com, and TODAY.com.

From Across the Room was a great introduction for me to Gina L Mulligan's talent. I enjoyed this historical. It is an unique story with it being told through letters. I thought they were beautifully written by Thomas to various people in his life, such as his love, Mary Harting.

I give From Across the Room four and a half stars and recommend it. I look forward to more by this author in the future.

During the Blog Tour we will be giving away 3 copies of From Across the Room & Stationary! To enter, please enter via the Gleam form below. Giveaway Rules – Giveaway ends at 11:59pm EST on December 21st. You must be 18 or older to enter. – Giveaway is open to US residents only. – Only one entry per household. – All giveaway entrants agree to be honest and not cheat the systems; any suspect of fraud is decided upon by blog/site owner and the sponsor, and entrants may be disqualified at our discretion. – Winner has 48 hours to claim prize or new winner is chosen. From Across the Room 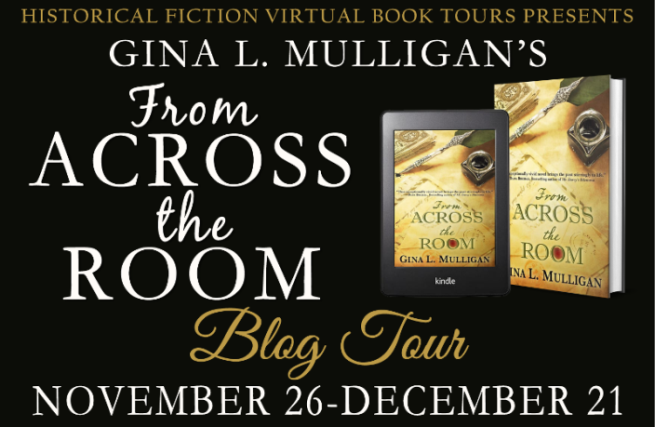