Jonmarc Vahanian fled from the raiders and monsters that killed his family, but when danger dogs his steps once again, he leaves the traveling caravan that gave him shelter to become a mercenary in nearby Principality. His fighting skills help him rise through the ranks, and draw the attention of a Nargi general—and the general’s undead mage. An old, unsettled score turns deadly, trapping Jonmarc in dangerous intrigue. He can save himself—and betray everything he holds dear—or die a hero as the raider’s curse holds true.

This collection is the second set of short stories and novellas that reveal another phase of Jonmarc’s growth from a blacksmith’s son to becoming one of the greatest warriors in the history of the Winter Kingdoms.

Soldier. Fight slave. Smuggler. Warrior. Brigand Lord. You may have encountered Jonmarc Vahanian in the Chronicles of the Necromancer but you don’t really know him until you walk in his footsteps.

Sure enough, Peters insisted that the small caravan camp for the night on a field just inside the border of Lord Nemic’s lands.

“It’s still early,” Harrtuck argued. “We could travel another hour, be that much closer to the manor, and arrive before noon.”

“It will do no good for us to arrive exhausted,” Peters sniffed. “We are performers. We must be sufficiently rested. Lord Eston’s orders were clear. We are to provide an excellent performance for Lord Nemic, as befits a gift of this magnitude. We will not drag in like peddlers, half-asleep and unable to give our best showing.”

“We were hired to defend you,” Harrtuck snapped. “And as your guards, I need to warn you that this position is once again too close to the trees and difficult to defend.”

“Deal with it,” Peters replied, eyes narrowing. “We are camping here.”

This time, Harrtuck did not attempt to hide his muttered curses as he stalked away. “Either that man is incredibly stupid, or he wants to be attacked,” he mumbled to Jonmarc when he had returned to where the rest of the War Dogs waited with their horses.

Jonmarc raised an eyebrow. “I’m not questioning his stupidity, but maybe he does want to be attacked—there’s something about this whole thing we don’t know, a piece we’re missing.”

Harrtuck nodded. “Aye. But I can’t figure out what it is.” 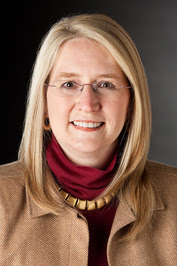 She is also the organizer of the #HoldOnToTheLight campaign: http://www.HoldOnToTheLight.com.
Join her email update and never miss a new release—plus get great free stories just for signing up! http://eepurl.com/dd5XLj

December 3:
1: Kit 'N Kabookle
2: All the Ups and Downs
3: Notes From a Romantic's Heart
4: Mythical Books
5: Readeropolis
6: Fabulous and Brunette
7: Bookaholic
8: Welcome to My World of Dreams