Days of Fantasy for Christmas and Giveaway: Ronie Kendig

Ronie Kendig for
Days of Fantasy for Christmas 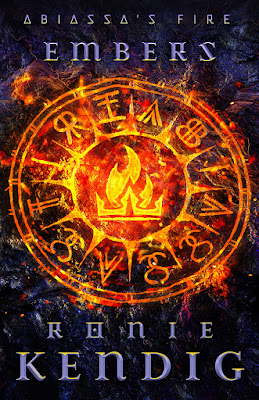 HE'S COMING FOR THEM. AND THE KINGDOM.

Haegan and Kaelyria Celahar are royal heirs of the Nine Kingdoms, but Haegan is physically crippled. What chance does he have against Poired Dyrth, the greatest enemy the kingdom has ever faced, who wields fire with a power none can match?

Their only hope is forbidden: Kaelyria must transfer her fire-harnessing abilities to Haegan. When she does it comes with a terrible price: Haegan's disability is healed, but only by being transferred to Kaelyria. This act unleashes their father-king's wrath.

Haegan must flee the kingdom alone with two impossible tasks: Find a cure for Kaelyria and stop the coming war with the omnipotent Poired Dyrth.

Interview with the Haegan Celahar

1. Prince Haegan, tell me the most interesting thing about you.

The most interesting thing? I suppose that I have endured these last ten years on a feather mattress without the use of my body and that my ears burned by the ramblings of an aged accelerant. All thanks to an enemy determined to crumble House Celahar and the Nine Kingdoms.

Flames. This query feels like a jest. The most fun a person in my situation can have is having an intellectual duel with my aged tutor and guardian. Make not the mistake that because he is old, he is slow. Sir Gwogh has one of the keenest minds in all the Nine Kingdoms.

3. What are you afraid of most in life?

My greatest fear is yet again failing those I love most. I failed my father when I lost the use of my body and the Flames. I fear my father will not have the warrior he needs to defend the Nine against our fierce enemy, Poired Dyrth.

4. Do you read books? If so, what is your favorite type of book?

Books have been my life. The Histories. The Parchments. The Legacies. And all stories put to quill and parchment, for without the use of my legs, I have travelled across all Primar through books and stories. But dare I confess the Histories were my favorite? Reading about my ancestors and their feats, wielding the Flames at the behest of Abiassa Herself!

5. If you could change one thing about yourself, what would it be?

I would walk. And run. And join my father’s elite fighters, the Valor Guard. But ‘tis a fool’s fancy to think of things. It only serves to depress and distract. I will focus on what I can accomplish—learning from the Histories and Legacies, to someday be wise counsel for my sister’s rule.

7. If you could travel back in time, where would you go and why?

To the moment I was poisoned. I would toss aside my plate. Shatter my glass. I’d stay strong. Be the son my father wanted and the prince kingdom needed. 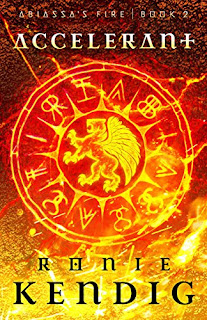 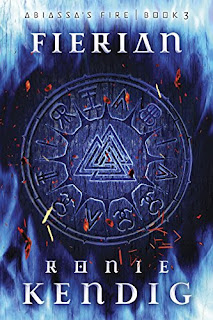 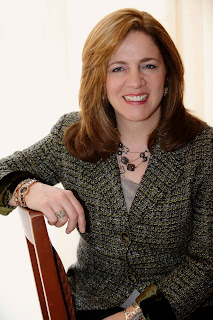 Ronie Kendig is an award-winning, bestselling author of nearly thirty titles. She grew up an Army brat, and now she and her Army-veteran husband live a short train ride from New York City with their children, an English Cream Golden Retriever, and a retired military working dog. As life is diverse and full, Ronie would have that fun and diversity in what she writes, taking up the quill for both paramilitary thrillers and speculative fiction. Ronie's degree in psychology has helped her pen novels of intense, raw characters.

Want to join Ronie on her writing adventures? Start with her newsletter, then track her down on social media: