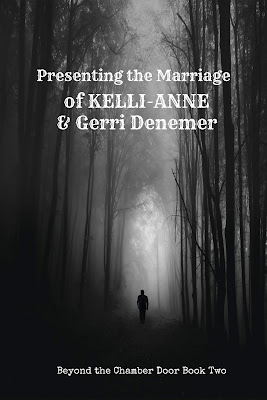 The Denemer's had it all: Fame, fortune, family, and the American Dream. But tough times have landed on their doorstep— Gerri's acting career is mired in controversy, financial decline is strangling the family bond, and his marriage to Kelli Anne is on the rocks. He'd rather die than face another catastrophe, something the Devil is more than eager to assist. On the night Gerri attempts to end his suffering, his plan is thwarted by a voice in his smart TV, pulling him into a dimension where past, present, and future collide, and the fate of the human race hangs in the balance. But Gerri is not alone. The Devil's minions are nipping at his heels and Kelli is right behind them, determined to save her family and put right what has gone wrong. Will they be successful? Is the bond between husband and wife strong enough to defeat evil? Will they prevent World War III or will evil's plan triumph? Presenting the Marriage of Kelli Anne and Gerri Denemer: A Horror Story, is a tour de force thriller of dark fiction, romance, and horror in an epic battle between good and evil.

She was reluctant to climb those stairs. The thin stairway to the third floor, dark and gloomy, held inside it an ascent to a new life.

Kelli Anne had a feeling in her gut.

Your world’s about to change.

Her breath was heavy and constricted. She pursed her lips to force the air down into her lungs.

Whatever was beyond that door, she did not know.

Perhaps I want no part in it.

In her mind, she saw goblins and devils jumping up and down inside that room, in some devilish parade of victory. A sinister face, thin, long with a goatee and dark, black eyes, stood prominent in her mind.

She stood at the bottom of the stairs, unmoving.

Something in the air coming from the top of the stairs, simply frightening and unknown, dark and contemptuous, wanted nothing of her presence

Where is your husband, Mrs. Denemer?

She ascended, the air turning thick, like struggling through a vat of jelly. She pushed through it, climbing the staircase and pushing forward. Her jaw quivering, her hand on the doorknob.

Only, she’d removed the lock a few days ago, when concern over Gerri’s wellbeing had pushed her to take dire precautions.

She coughed through the thick air, now like billowing smoke in her throat. 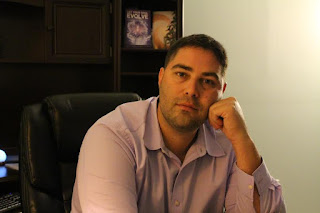 P.D. Alleva is an author, psychotherapist and hypnotherapist specializing in trauma, addiction and mental health. He is the author of several books, including fiction novels, Indifference and A Billion Tiny Moments In Time…, Seriously Twisted; These Gods of Darkness (Poetry), Let Your Soul Evolve (1st and 2nd ed), and Spiritual Growth Therapy: Philosophy, Practices and Mindfulness Workbook (non-fiction). He has developed behavioral protocols for addiction and mental health and teaches mindfulness, Buddhist meditations and manifestation techniques to his patients as a means and alternative to using pharmaceuticals. He is currently in private practice with his wife, Lisa. He lives with his wife and children in Boca Raton, Florida.

PD Alleva will be awarding a $75 Amazon/BN GC to a randomly drawn winner via rafflecopter during the tour.

Presenting the Marriage of Kelli Anne and Gerri Denemer is a bit different than what I had expected. I was a bit confused as to what was going on at first. Once I got used to the writing style, I started to enjoy it more and more. It is definitely not a read I could have predicted.

Presenting the Marriage of Kelli Anne and Gerri Denemer is definitely worth a read and give it three and a half stars. I would be interested to see where else this author's imagination would take a reader to next.