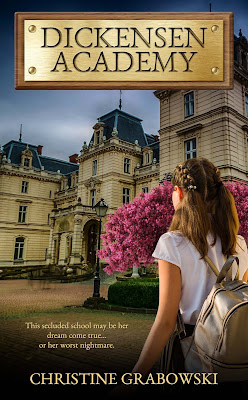 Dickensen Academy isn’t a typical boarding school. The faculty is hiding an unbelievable secret within their fine arts program. When Autumn Mattison receives an invitation to attend the high school, she yearns to escape her overbearing father yet remains reluctant to leave her mother and brother. Her doubts fade away when a vivid dream convinces her she belongs there.

Away from home, Autumn discovers a unique school environment that awakens her creative potential, and her new friends become like a second family. However, as she uncovers more about the dark side of the school and struggles with its curriculum, she questions whether Dickensen Academy is truly where she belongs.

When tragedy strikes, Autumn must learn to believe in her own power and stand up to her greatest fear or risk having her memories destroyed to protect the school’s secrets. Caught between secrets and dreams, can she find her true self?

“I feel like there’s something big we don’t know about. Something those students were protecting. I mean, really, why are we here?”

I thought it was just me who was confused. “Well…the recruiters said we’re creative and focused.”

“And we have the right personality.”

Ben looked up at the sky, sighed then turned toward the forest. “What did he say…something about how it will soon become clear why we’re here, and there’s some ultimate purpose for our creativity?”

“I know. That whole creativity part was a bit bizarre.”

He shrugged. “It seems everyone is going with the flow. But I have so many questions.” Then he touched my arm to stop me, so I turned toward him. “I’m thinking they’re isolating us for some special reason,” he admitted in an embarrassed tone.

I tried not to laugh—he was acting paranoid. But I didn’t know Ben well. Maybe he was joking, trying to freak me out. Or was he hitting on me? The flutter in my chest moved to my stomach. I was already anxious about being away from home and whether or not I could hack the academics. I didn’t need to obsess about anything else. But I still had to know about Ben’s dream.

“So…I also had a dream about Dickensen before I accepted the offer.”

Ben’s head snapped toward me. “You did?” 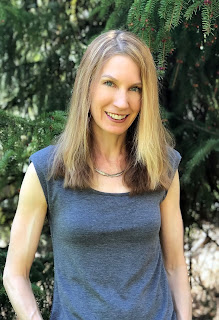 Dickensen Academy is Christine’s debut YA novel. After graduating from the University of Washington, she earned her MBA at the University at Albany. She honed her technical writing skills in marketing and consulting but attributes the creative part of the process to her passion for reading.

When she isn’t reading or writing, Christine can often be found running, skiing, or hiking. She lives in Newcastle, Washington, with her supportive husband, two avid teen readers, and their energetic wheaten terriers.

Christine Grabowski will be awarding $25 Amazon/BN GC to a randomly drawn winner via rafflecopter during the tour.

Dickensen Academy is a good young adult novel. I enjoyed Autumn's story. I felt connected to her right from the beginning. I think may other readers would, also. I love her strength in how she deals with what has been thrown at her.

I give Dickensen Academy four stars. I would love to see where Christine Grabowski's follow up story takes the reader to next.

I recommend Dickensen Academy for older teens. This is a great story.